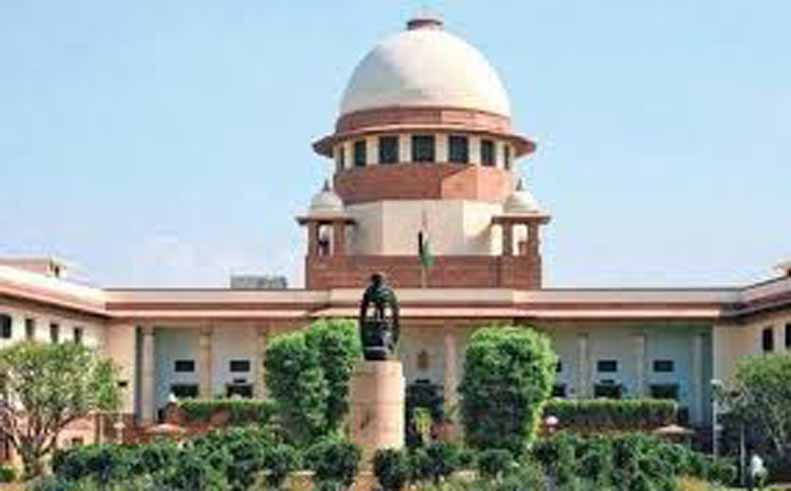 NEW DELHI, July 9: The Supreme Court directed all states, union territories (UTs) and the High Courts on Tuesday to apprise it on the status of vacancies of judicial officers as on June 30 and sought personal appearance of all state law secretaries and the Registrar Generals of HCs before it on July 31.
The apex court, on October 22 last year, on its own had taken note of over 5,000 vacant posts of judicial officers in lower courts across the country and sought information from all the 24 high courts as also states.
“Regarding the issue of filling up of the vacancies in different cadres of the District and subordinate judicial services of the states and UTs, the concerned authority of the state governments/UTs and also the Registrar Generals of the jurisdictional High Courts shall inform the Secretary General of this court the position with regard to filling up of the vacancies in the judicial services in each state,” said a bench headed by Chief Justice Ranjan Gogoi.
The bench, also comprising Justices Deepak Gupta and Aniruddha Bose, has sought the status of vacancies and recruitment processes as on June 30.
“The authorities shall indicate the total strength of each cadre; the number of posts in different cadres actually filled up; the number of posts in each cadre lying vacant; the number of posts in respect of which selection is presently going on and the stage of the said process of selection, and finally, the number of posts in different cadres for which the process of selection is yet to be initiated,” it said.
The Law Secretaries of each state and the Registrar Generals of each high courts shall be personally present in court on July 30, it said.
The bench also took note of a report dealing with the central funding on infrastructure of subordinate judiciary.
“Solicitor General (Tushar Mehta) is granted time until July 31 to interact with the concerned officials of the Union of India and to lay before the court the views of the Union of India with regard to the suggestions made by the Amicus Curiae (on infrastructure of lower courts),” it said.
Earlier, the apex court had termed the extent of vacancies in lower judicairy as “wholly unacceptable” and sought information from all the 24 high courts on it.
It had considered the communication between the apex court’s registry and registries of all the high courts.
It had said there were 22,036 posts of higher and lower judicial officers in lower courts in the country and, as on date, 5,133 posts are vacant.
In its order, the top court had sought information as to when the process for appointment into “Higher Judicial Service” and “Lower Judicial Service” had been initiated in various states and by which time, the processes would be over.
Referring to an earlier order by which the apex court had fixed the time frame for appointments, it had asked the high courts and the states to provide the information as to whether the time limits have been adhered to or not and the expected time line for completing the recruitment drive.
The top court had appointed senior advocates Shyam Divan, K V Vishwanathan, Vijay Hansaria and lawyer Gaurav Agrawal as amicus curiae and asked them to assist it in dealing with the case.
Divan would deal the vacancies and the processes needed to fill them up in states of Uttar Pradesh, Maharashtra, West Bengal, Chhattisgarh, Delhi and the North-Eastern states.
While Vishwanathan would assist the top court in dealing with the vacancies in Gujarat, Himachal Pradesh, Jammu and Kashmir, Jharkhand, Karnataka and Kerala, Hansaria would deal with Madhya Pradesh, Madras, Odisha, Patna and Punjab and Haryana.
Agrawal would render assistance to the top court in dealing with the issue of vacancies in states of Rajasthan, Sikkim, Telangana, Andhra Pradesh, Tripura and Uttarakhand. (PTI)