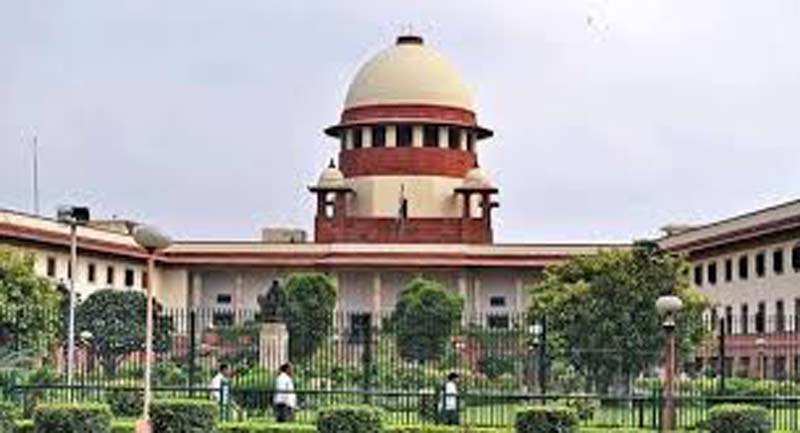 Jammu, Oct 17: Supreme Court collegium has recommended names of two lawyers for appointment as Judges of J&K High Court.
Reliable sources told EXCELSIOR, “while four names were recommended by the High Court collegium, only two candidates — Moksha Kazmi (Khajuria) and Rajnesh Oswal were cleared by the SC collegium”, adding, “two other advocates — Rahul Bharti and Javaid Iqbal Wani couldn’t make it to the final list”.
As reported exclusively by EXCELSIOR earlier, the Supreme Court collegium had invited four lawyers from the State for a formal interaction on October 15.
“Chief Justice of India, Justice Ranjan Gogoi along with two senior-most Judges – Justice Sharad Arvind Bobde and Justice N V Ramana held detailed interaction with the four nominees at around 2 pm on October 15. Since the Apex Court Judges were occupied in day-to-day hearing of the Ayodhya case, the collegium decided to have interaction with all the panel members at the same time”, sources asserted.
Source added, “as per the material placed on record, the collegium rejected the names of Rahul Bharti and Javaid Iqbal Wani and accorded approval to the remaining two – Moksha Kazmi (Khajuria) and Rajnesh Oswal”. The SC collegium would now be forwarding these names to the Union Law Ministry for final approval.
“If these two candidates – Moksha Kazmi (Khajuria) and Rajnesh Oswal get final clearance from the Centre, it would increase the strength of existing Judges in the State from nine to 11”, sources added. The J&K High Court has sanctioned strength of 17 Judges including 13 Permanent Judges and 4 Additional Judges. However, at present there are only nine Judges including Chief Justice Gita Mittal. The other Judges of the High Court are Justice Rajesh Bindal, Justice Ali Mohammad Magrey, Justice Dhiraj Singh Thakur, Justice Tashi Rabstan, Justice Sanjeev Kumar Shukla, Justice Sanjay Kumar Gupta, Justice Sindhu Sharma and Justice Rashid Ali Dar.
It is pertinent to mention here that in July, this year, J&K High Court collegium had also cleared names of three senior Judicial Officers namely Vinod Chatterji Kaul, Sanjay Dhar and Puneet Gupta for the appointment as Judges of the High Court.
However, sources said, “the file pertaining to the appointment of these Judicial Officers is still lying with Union Law Ministry”.
Interestingly, even as the SC collegium has called the four lawyers for interaction, there is no clarity on the fate of former Senior Advocate General, Wasim Nargal, whose name had been recommended by the Collegium on 6th April, 2018 for appointment as High Court Judge.
Subsequently, his case was sent for reconsideration to SC collegium by Government of India. However, SC collegium vide resolution dated 16th January 2019 asked the Government to specify reasons for sending his file for reconsideration as his case was already cleared by SC collegium.
On July 31, this year again the Chief Justice of India, Justice Gogoi sought the response of Centre on list of 43 names recommended for various High Courts of the country, pending with Government and also 10 more cases (including Nargal), which were deferred but not taken up as some more information is required, to clear but till date it has not been done.
Moksha Kazmi had practiced law in Jammu wing of High Court from 1996 – 99 and subsequently continued her practice at Srinagar wing. She is presently Standing Counsel for Medical Council of India, J&K Sports Council, and Islamic University of Science & Technology. She had earlier served as Assistant Advocate General (2002-2004) and then as Additional Advocate General (Feb 2016 – Nov 2017).
She had also been rewarded as best advocate in the year 1998 by Kashmir Law General and was imparted training by the Supreme Court as Mediator for conducting Mediation proceedings.
Rajnesh Oswal, who has been practising law since 1998 had also served as Standing Counsel for Crime Branch Jammu and is panel Lawyer for J&K High Court. Earlier, he did his Graduation from GGM Science College and LLB from Jammu University and had also received Gold Medal in LLB academics.
As per the precedence, Supreme Court collegium will now forward two names to the Union Ministry of Law and Justice for clearance. Later, the list will be submitted to the Prime Minister’s Office for final approval of the Union Government and thereafter to the President of India for issuance of the warrant of appointment.