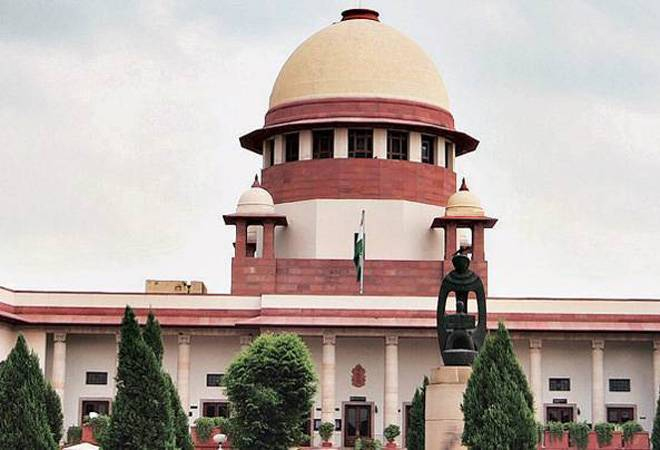 JAMMU, Feb 20: Supreme Court Collegium headed by Chief Justice of India Justice Sharad Arvind Bobde has approved the proposal for elevation of three senior Judicial Officers as Judges of the Jammu and Kashmir High Court and forwarded its decision to the Union Law Ministry for clearance.
Now, the Law Ministry has to take decision on four names as last month the Supreme Court Collegium had recommended the name of Advocate Javed Iqbal Wani from the advocates’ quota.
As per the Supreme Court Collegium resolution, the copy of which is available with EXCELSIOR, approval has been granted to the proposal for elevation of three senior Judicial Officers namely Vinod Chatterji Koul, Sanjay Dhar and Puneet Gupta as Judges of the J&K High Court.
The names of these three Judicial Officers were recommended to the Supreme Court Collegium by the Collegium of J&K High Court comprising of Chief Justice Gita Mittal, first puisne Judge Justice Rajesh Bindal and Justice Ali Mohammad Magrey in the month of July last year.
Vinod Chatterji Kaul is presently Chairman, J&K Sales Tax Appellate Tribunal while as Sanjay Dhar is Registrar General of the J&K High Court and Puneet Gupta is presently posted as Member, J&K Special Tribunal Jammu.
Last month, the Supreme Court Collegium had approved the name of Advocate Javed Iqbal Wani and forwarded the same to the Union Law Ministry for his appointment as J&K High Court Judge.
Now, Union Law Ministry will take a call on four names——Vinod Chatterji Koul, Sanjay Dhar and Puneet Gupta from Judicial Officers’ quota and Javed Iqbal Wani from the advocates’ quota.
Following Law Ministry’s approval the names will be submitted to the Prime Minister’s Office for final decision of the Union Government and thereafter to the President of India for issuance of the warrant of appointment.
“Two-third of the sanctioned strength of the High Court is reserved for Bar and one-third of the bench”, sources said, adding as per the Memorandum of Procedure, lawyers with minimum 10 years of experience in practice and falling in the age group of 45-55 years are considered for the posts of High Court Judges.
“Clearing four names for elevation as Judges of the J&K High Court in a short span of time clearly indicates that Supreme Court wants to increase the working strength of J&K High Court expeditiously as due to shortage of Judges lakhs of cases of different nature are pending in both Jammu and Srinagar Wings”, sources said, adding “equally keen is Chief Justice of J&K High Court Justice Gita Mittal so that disposal of cases picks up momentum”.
About Rajnesh Oswal, who was appointed as Judge of the Common High Court for the Union Territory of Jammu and Kashmir and Union Territory of Ladakh by the President of India vide Notification dated January 29, 2020, sources said, “authorization for administering oath to Oswal has not been received from the President of India till date”.
“This is mainly because as per the protocol Lieutenant Governor doesn’t enjoy sufficient powers to administer oath of the Judge of the High Court”, sources said, adding “it is the President who has to take decision on the administration of oath to Rajnesh Oswal as Judge of the J&K High Court”.
It is pertinent to mention here that J&K High Court has sanctioned strength of 17 Judges, which includes 13 Permanent Judges and 4 Additional Judges. However, at present there are only eight Judges including Chief Justice Gita Mittal. The other Judges of the High Court are Justice Rajesh Bindal, Justice Ali Mohammad Magrey, Justice Dhiraj Singh Thakur, Justice Tashi Rabstan, Justice Sanjeev Kumar Shukla, Justice Sanjay Kumar Gupta and Justice Sindhu Sharma.