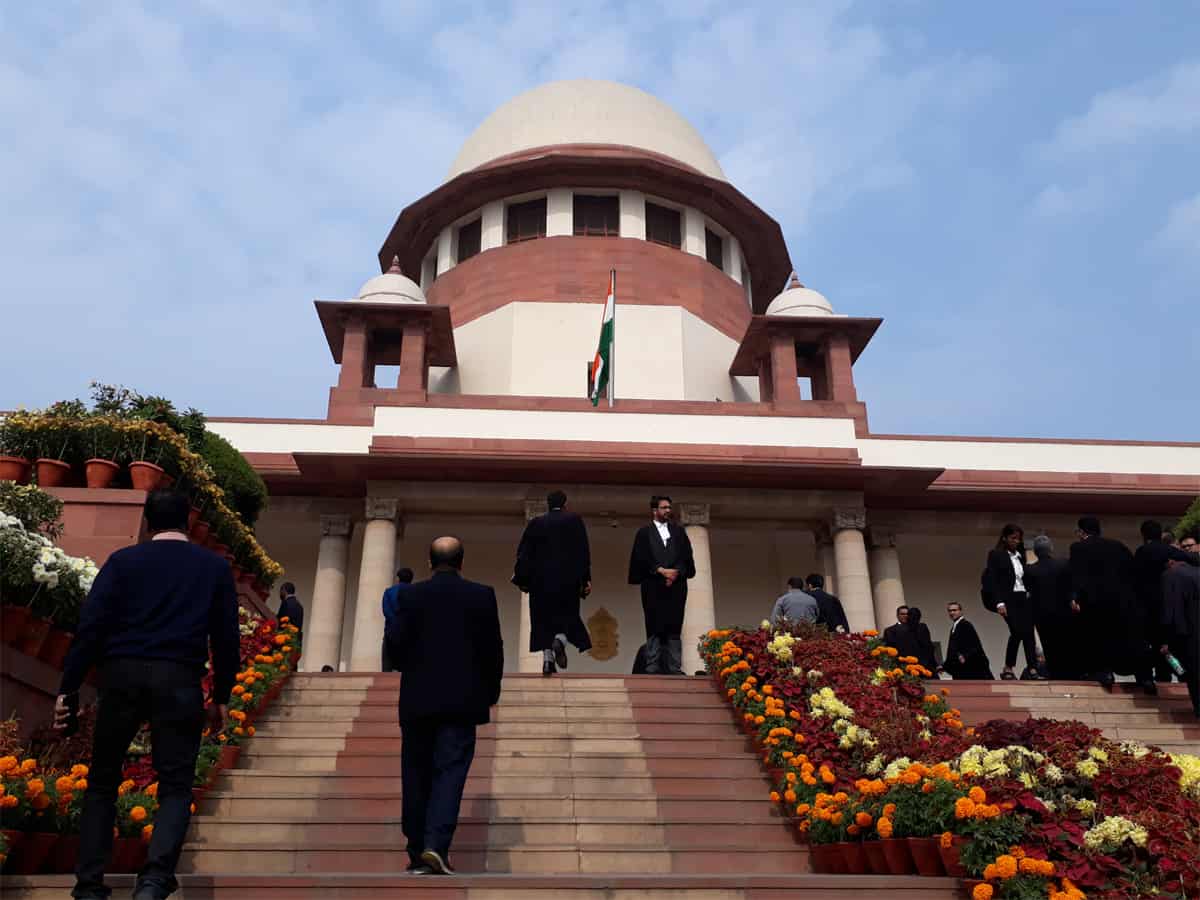 NEW DELHI, May 25: The Supreme Court on Monday allowed Air India to keep the middle seats occupied while operating its non-scheduled flights to bring back Indians stranded abroad up to June 6 while observing that the Government should be more worried about the health of citizens rather than the health of commercial airlines.
The top court said that after June 6, Air India will operate its non-scheduled flights in accordance with the interim order to be passed by the Bombay High Court. The Centre and Air India had moved the apex court challenging the interim order of the High Court by which it had asked the national carrier to operate its non-scheduled flights by keeping the middle seats vacant.
A bench of Chief Justice S A Bobde and Justices A S Bopana and Hrishikesh Roy, which took up the appeals filed urgently through video conferencing despite the holiday for Eid, remanded the matter back to the High Court with a request to pass an effective interim order after hearing all concerned on the date fixed by it, i.E. June 2, 2020, or soon thereafter.
“We are of the considered view that the petitioner – Air India should be allowed to operate the non-scheduled flights with the middle seats booking up to June 6, 2020. However, after that the Air India will operate non-scheduled flights in accordance with the interim order to be passed by the Bombay High Court thereafter,” it said. The bench observed that authorities must consider the importance of maintaining social distancing as shoulder to shoulder sitting is dangerous, due to the contagious pandemic.
The bench said normally it is not inclined to interfere with the interim orders made by the courts below.
Solicitor General Tushar Mehta, appearing for Centre and Air India, said that due to the directions of the High Court a lot of “anxiety and difficulties” have arisen among the passengers who are stranded on foreign soil after they were issued tickets for travel.
“Moreover, in some cases, the travel plans of families who were travelling together have been disrupted because those in the families who had middle seats have to be off loaded and remain behind,” the bench said, while noting the submissions of Mehta, who said that passengers stranded abroad are facing difficulty due to want of proper shelter and money.
The bench said it would consider it necessary for the High Court to arrive at a prima facie finding regarding the safety and health of the passengers qua the COVID-19 virus, whether the flight is a scheduled flight or a non-scheduled flight. “We make it clear that the Director General of Civil Aviation is free to alter any norms he may consider necessary during the pendency of the matter in the interest of public health and safety of the passengers rather than of commercial considerations,” the bench said in its order, while disposing of the appeal. (PTI)