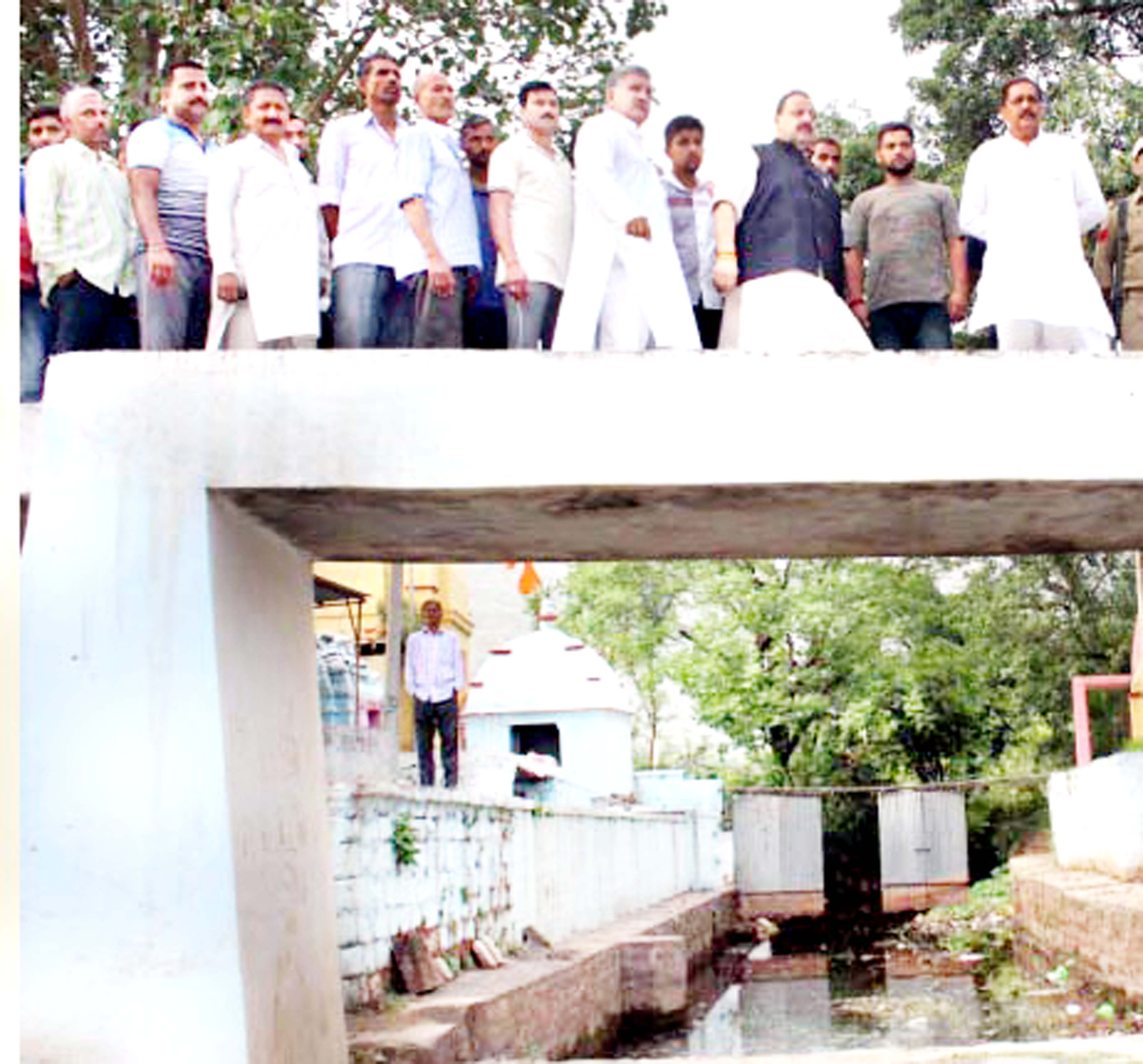 Excelsior Correspondent
JANDRAH, June 17: National Conference Provincial President and MLA Nagrota Devender Singh Rana today made a passionate appeal for saving Devak river in Jandrah, saying this holy water body is as sacrosanct as the holy Ganges.
“The Devak, most revered Dogra heritage, is in a very pathetic state and needs immediate cleansing and maintenance”, Rana said during his visit to Devak Devasthan at Jandrah this afternoon.
He said that mere cleanliness drives won’t be enough for preserving this heritage but a blue-print is needed to be devised for its restoration and maintenance on sustainable basis. He expressed concern over solid waste material apart from dead animals finding way into the river at various places, resulting into its precarious condition. He said the cleaniliness of the rivulet should form a permanent feature of the plans in the areas wherefrom it flows and hoped that this will get priority attention by the Government. In this regard, he invoked the attention of the Pollution Control Board and the District Administration for taking a call on this sensitive issue.
“Devak Ghats could be developed as spiritual destinations, given the importance of this rivulet”, Rana said and quoted the Nilmat Purana, mentioning that Devak or Devika is a manifestation of the mother Goddess Parwati herself to benefit the people of Mader Desha that covers areas between river Ravi and Chenab. This being the spiritual sanctity of the rivulet, it can emerge as a most visited water body, especially on various auspicious occasions.
He sanctioned funds for construction of a cremation shed at Devak in Jandrah Panchayat out of his Constituency Development Fund, as the sands of Devak is considered as meritorious as cremation on the banks of the Ganges at Kashi.
The MLA Nagrota also visited a Devasthan at Baba Jakh in Dhan Panchayat and Baba Kali Veer in Challana of Pounthal Panchayat. He paid obeisance at these Devasthans and prayed for peace and well being of the people of the State.
During his visit to these areas, Rana also interacted with the people and listened to their problems. He assured that the issues raised would be taken up with all concerned for early redressal.