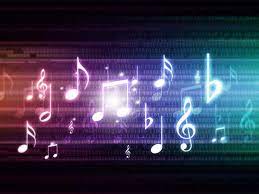 New Delhi, Apr 6: Saregama on Tuesday announced a global music licensing deal with short format video platform Triller.
“As part of this deal, Saregama will license its entire catalogue to Triller allowing users to create innovative content using the robust music library of over 1,30,000 songs in diverse Indian languages like Hindi, Bhojpuri, Bengali, Tamil, Marathi, Telugu, Malayalam, Kannada, Punjabi and Gujarati, amongst many others,” Saregama said in a regulatory filing.
The coming together of Saregama and Triller will empower the content architects with the prowess of music that has been adored by generations globally, the company added.
Bobby Sarnevesht, Chairman and co-owner of Triller said Saregama represents the rich diversity of Indian music and the company is excited to enter into this important partnership to ensure music publishers are fairly compensated for the legacy they have built over the years.
“This new agreement reiterates our commitment to supporting publishers in South Asia and around the world as we grow the Triller platform,” he added.
Last year, Saregama had announced a global deal with Facebook to license its music for video and other social experiences across Facebook and Instagram. (PTI)