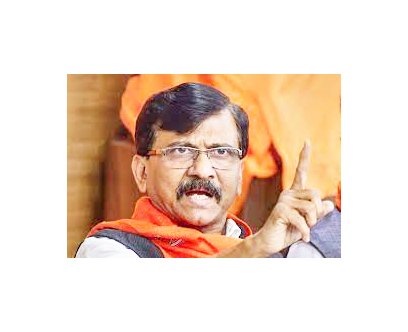 MUMBAI, Jan 24:
A special court in Mumbai on Tuesday adjourned the hearing in a money laundering case against Shiv Sena MP Sanjay Raut and others to February 27.
Rajya Sabha member Raut was present before special judge R N Rokade on Tuesday.
The matter was listed for hearing before framing of charges in the case.
However, the proceedings could not take place due to non-submission of summon reports to other accused by the Enforcement Directorate (ED), which is conducting a probe into the case.
The ED had arrested Raut on August 1, 2022 for his alleged role in financial irregularities in connection with the redevelopment of the Patra Chawl (row tenement) in suburban Goregaon.
A special court here had granted him bail in November last year.
The ED’s probe pertains to alleged financial irregularities in the redevelopment of the Patra Chawl and related financial transactions involving Raut’s wife and associates.
Siddharth Nagar, popularly known as the Patra Chawl, in Goregaon is spread over 47 acres and houses 672 tenant families.
In 2008, the Maharashtra Housing and Area Development Authority (MHADA), a Government agency, assigned a redevelopment contract for the Chawl to Guru Ashish Construction Private Limited (GACPL), a sister company of the Housing Development and Infrastructure Ltd (HDIL).
The GACPL was supposed to build 672 flats for the tenants and also give some flats to MHADA. It was free to sell the remaining land to private developers.
But the tenants did not get a single flat in the last 14 years as the company did not redevelop the Patra Chawl and sold land parcels and Floor Space Index (FSI) to other builders for Rs 1,034 crore, as per the ED. (PTI)