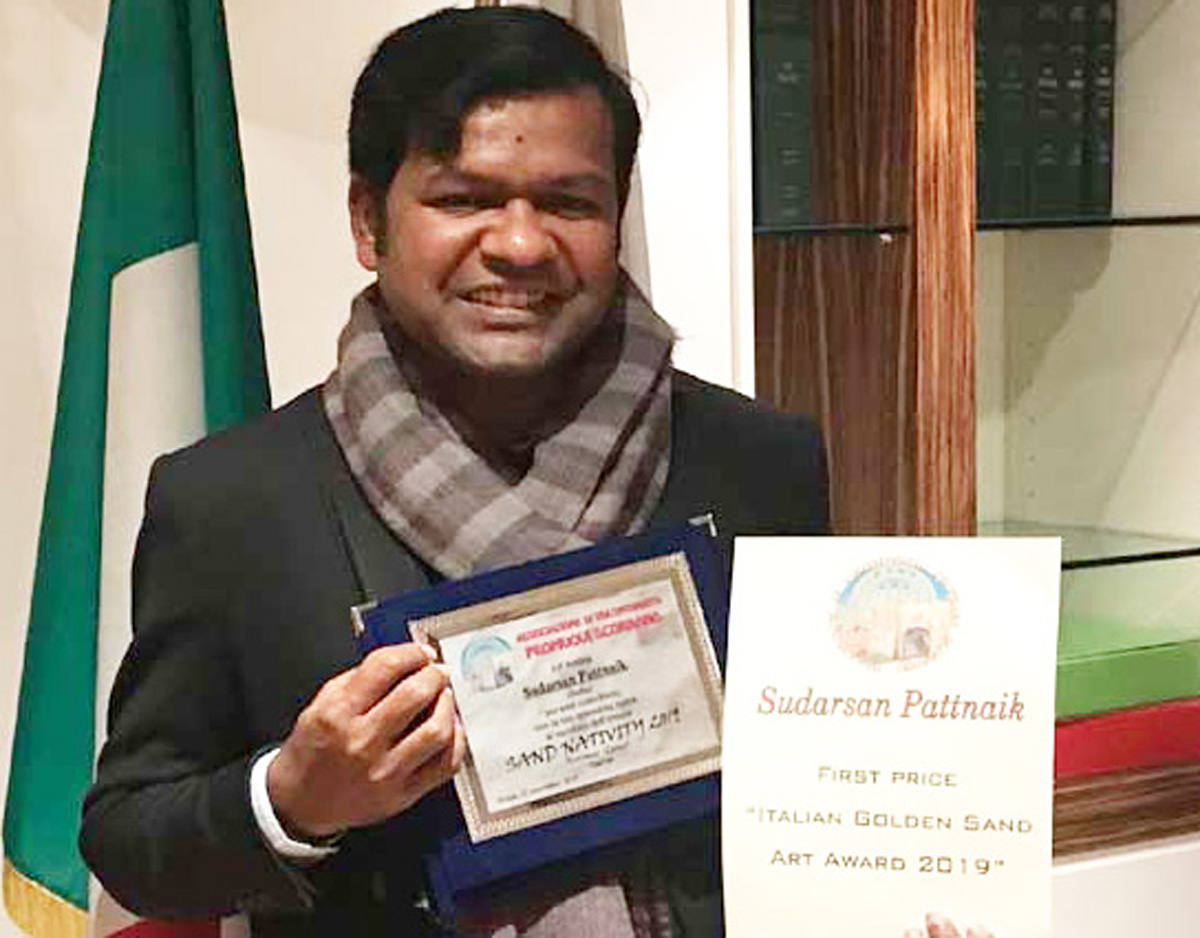 LONDON, Nov 16: Renowned sand artist Sudarsan Pattnaik received the Italian Golden Sand Art Award 2019 at a ceremony in Rome.
Neeharika Singh, Deputy Chief of Mission, represented the Embassy of India at the award ceremony on Friday and Pattnaik later called on Ambassador Reenat Sandhu, who congratulated him on his achievements.
“I feel very glad and honoured to receive this prestigious award,” said Pattnaik, the famous sand sculptor from Odhisa.
Pattnaik represented India at the International Scorrano Sand Nativity event held in Lecce, Italy, earlier this week. At the event, Pattnaik was joined by Pavel Minilkov from Russia as they created an eight-foot-high sand sculpture of Mahatma Gandhi on his 150th birth anniversary. There were eight sculptors from different countries who participated in this festival.
Sudarsan has participated in more than 60 international sand art festivals and championships around the world and won many prizes for India. He said that his aim is to always try and send a social message through his sand sculptures.
The Scorrano Sand Nativity event was held under the patronage of the Puglia Region in south Italy around the theme of “Men of Goodwill”. (PTI)