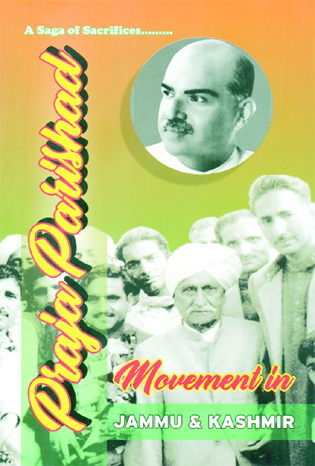 O P Sharma
This well-produced 404-page book entitled: ” A Saga of Sacrifices: Praja Parshid Movement in Jammu and Kashmir (1952-53)” by Kul Bhushan Mohtra gives glimpses of the great struggle and historical narrative “to save the J&K State from inimical designs of the elements from within and outside”. This book reveals much new factual information and saga of struggle of Praja Parishad led from the front by great patriot, Pt Prem Nath Dogra, giving peep into pre-and post-1947 period of Jammu and Kashmir. This gives detailed and accurate account of the brave story how the people strove hard for the objective of J&K State’s full integration with India so that they enjoy all democratic rights and fruit of development process in the largest deomocracy of the world. The movement was against separatist tendencies and anti-national stance.
The book has 31 chapters are devoted to factual historical events and story of sustained struggle, long sufferings due to iron hand of the then administration led by Sheikh Mohammad Abdullah in ’50s and narrate story of sacrifices by the people under the banner of newly formed Praja Parshid (PP) in Jammu and Kashmir which spearheaded the movement to defeat the evil designs of malicious forces, both within and outside. At a crucial period in J&K State history, the Praja Parshid party came into being to espouse the cause of complete integration of the this sensitive border State with the Union of India. The emergence of Praja Parshid, its clear-cut stand on major issues, its main nationalistic objectives as also role and contribution have been detailed in the book which makes it interesting and informative for all the readers. Undoubtedly, a lot of research work was undertaken by the author, Kul Bhushan Mohtra and has come out with revealing story of the major events and pinpointed role of the personalities at the helm of affairs at the J&K level and national leadership, all who mattered.
The messages from leading lights of the party like Ram Lal, national general secretary( organisation); Brig (Retd) Suchet Singh, prant sangchalak & chairman,Pt Prem Nath Dogra Trust Rabindra Raina, J&K BJP Pradesh chief; Ashok Kaul, J&K general secretary (organisation) as also Gopal Sachar, veteran journalist have been included in this book and has been dedicated to proud son of Duggar, Pt Prem Nath Dogra.
In-depth study
While the volume makes comprehensive study of the Praja Parshid movement in ’50s, story of oppression and suppression by the then Sheikh Abdullah regime and support of then Prime Minister, Jawaharlal Nehru, Significantly, it is noted that the Maharaja Hari Singh, being the only legal and constitutional authority to decide the fate of the erstwhile J&K State signed Instrument of Accession (IOA) on October 26, 1947 which was duly accepted by then Governor-General of India and thus entire erstwhile J&K State became full and final integral part of India. It is noteworthy that this document of IOA was no different from the ones signed by other states for becoming part of India. This is a historical fact but strangely, it has been misinterpreted, misquoted and deliberately misrepresented for evil and nefarious political designs. Our neighbour across the border fully exploited the situation. But the people of India and our Parliament have repeatedly asserted unambiguously the historical truth.
The main protest of the PP was complete integration of J&K State with India just like other states. The protest demonstration was for full integration, no special status and no separate constitution, state flag or nomenclature of Prime Minister and slogan was Ek desh mein serf ek Vidhan (Constitution) ek pradhan (head of State and ek nishan (flag). It was argued that the special status gave rise to separatist and anti-national sentiments. It is worth mentioning that the later turn of events with terrorism in J&K State ignited and instigated from across the border proved their vision come true. Now the people have seen through the dirty game plan of enemy of the nation and come out now to restore peace and also take to the task of rapid all round development in Jammu and Kashmir for making it a model State in the country.
Facts-packed Volume
A distinguishing feature of the author’s hard work is inclusion of rare photographs of leaders and workers of the PP movement and also vividly described the saga of their hard struggle in which the stalwart of Bhartiya Jan Sangh (BJS), Shyama Prasad Mukerjee, defying the entry restrictions in J&K State, was arrested by Sheikh Abdullah adminstration at Lakhanpur on May 21, 1953. He was kept in detention at Srinagar and curiously, he died in “mysterious circumstances” on night of June 22-23, 1953, while still under detention. This sent strong shock waves and anger across the country and abroad as well.
In the course of history, many politico-social developments took place in this part of the country but now a fresh breeze of calm and faster march ahead is blowing. The author has undertaken challenging task in collecting the authentic documents, rare photographs and done a research work. The author of this book as well as the publisher deserve a good word for their service in putting the facts in true historical perspective for the common masses.
Must Read For All
This book has quality printing done on fine paper with many accurate historical documents and rare photographs. Also brief sketches of number of PP leaders and active workers make interesting reading. A great peep into the past ! I have gone through it twice with profit and pleasure. By the way, there are few grammatical errors and occasional spelling mistakes too which may be got corrected in the subsequent edition. The publishers may consider lowering the cost of the book to make it accessible for the common man and also consider getting this publication in Hindi and Dogri as well for wider readership. This historical fact-packed book is a must reading for one and all.
(starline.syndicate.service@gmail ) 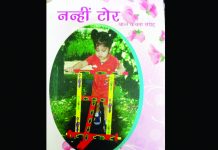 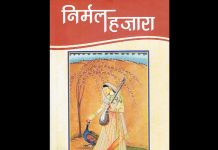 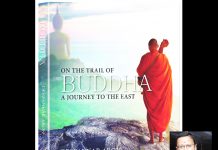 On the trail of Buddha 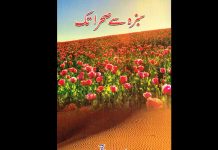 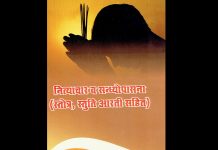