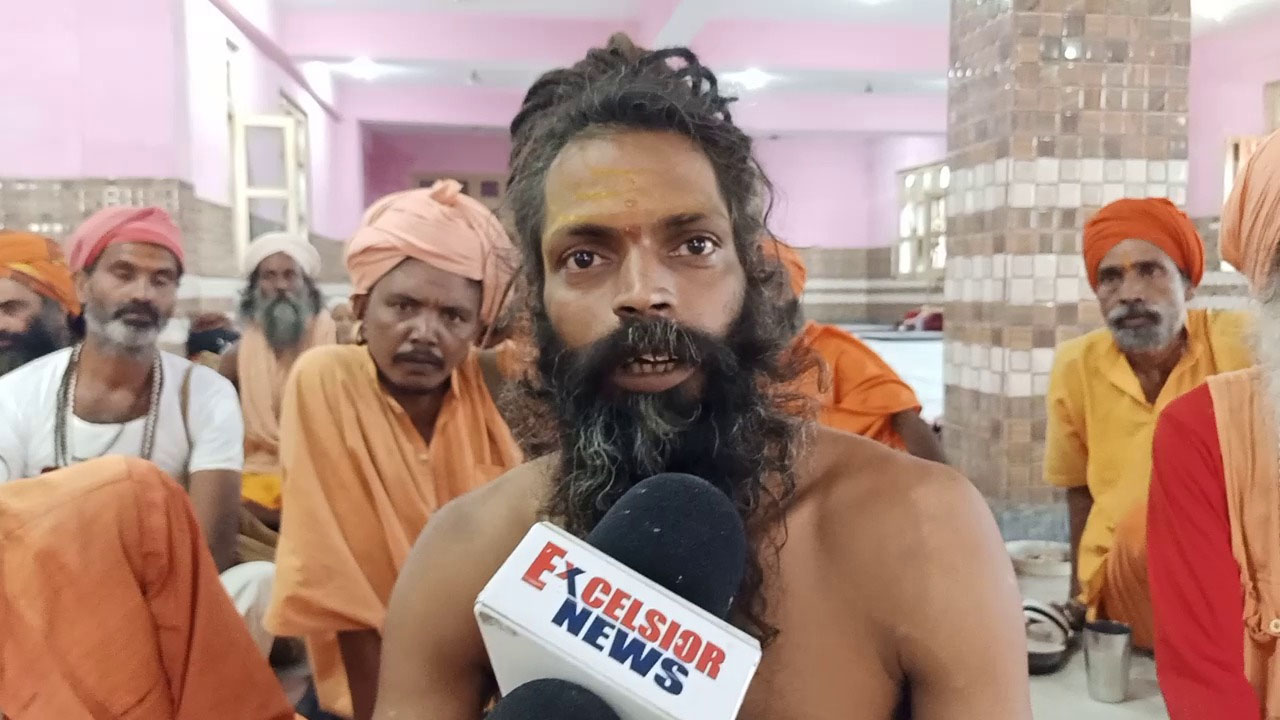 Jammu, Jun 25: Scheduled to start next week after a break of two years due to the COVID-19 pandemic, the annual Amarnath Yatra is expected to witness large participation of devotees including sadhus and sadhvis who have started arriving here from different parts of the country.
Hundreds of the holy men and women are camping at the base camp Ram Mandir in the old city’s Purani Mandi area and are upbeat over the resumption of the pilgrimage to finally have ‘darshan’ of ‘Barfani Baba’, pointing to the naturally formed ice-shivlingam at the 3,880-metre holy cave of Amarnath in south Kashmir Himalayas.
The 43-day-long yatra is scheduled to start on June 30 from the twin routes — traditional 48-km Nunwan in south Kashmir’s Pahalgam and 14-km shorter Baltal in central Kashmir’s Ganderbal. The first batch of pilgrims including sadhus will leave for the twin base camps of Kashmir from Bhagwati Nagar and Ram Mandir in Jammu, a day ahead of the start of the yatra.
Unprecedented security arrangements have been put in place at the base camps and all along the route from Lakhanpur — the gateway to J-K — to the cave shrine to thwart any terror attack and ensure peaceful yatra.
Staying in small groups inside a large hall at the temple complex and chanting praises of the Lord Shiva like ‘Bham Bham Bhole’ and ‘Har Har Mahadev’, the sadhus who have renounced the worldly life are least bothered about the terror threat and said “it is a non-issue for us”.
“We only know dharma (religion) and our dharma is Sanatana which teaches us to love everyone. We are on a religious journey to meet our lord and we are only concerned about it and nothing else,” Shri Raja Giri, a mahant from Assam, said.
Accompanied by 12 disciples including women, he said religion is above politics and it is politics which is dividing the people.
“We have nothing to do with politics, ‘Azan’ (Muslim call for prayer) controversy or terror threat (to Amarnath pilgrims). We are all one and should respect and love each other,” he said.
Another Sadhu Suraj Khuria, who had come from Indore about two weeks ago, said they have come for ‘darshan’ and do not fear terrorists.
“We only fear our lord and pray to him that we do the right things on his earth till our last breath…this is my only concern,” he said.
Expressing similar views, Sadhvi Sapna Dass from Siliguri in West Bengal said she is going to meet the ‘baba’ and seek his blessings for the entire world.
“I need nothing for myself but will seek blessings for the countrymen and the people around the globe. We will also pray for good sense to the terrorists who are taking innocent lives,” she said.
Full of enthusiasm, Mahant Ram Giri Raj Rajashree Naga from Rajasthan said it was for the first time he was visiting the cave shrine.
“We are happy to be going there and are satisfied with the security and other arrangements. We are hopeful of completing the pilgrimage without any trouble,” he said.
For Shergiri Maharaj from Sukhdev Ashram in Uttar Pradesh, he has missed the ‘darshan’ for the past two years and is “dying to reach the cave shrine” in the first batch.
Most of the sadhus and sadhvis have performed the yatra over 15 times and they all are eagerly waiting for the day to be part of the yatra. However, many of them suggested that the government should run special trains to facilitate sadhus to reach Jammu from different parts of the country.
Mahant Rameshwar Dass, the head of the temple having a capacity to accommodate over 4,000 sadhus, said all necessary arrangements are in place to ensure that there is no inconvenience to the holy men.
“My whole team is busy in making arrangements for food, shelter, registration and medical facilities for the sadhus, in active coordination with the district administration,” Dass said.
Expressing satisfaction over the arrangements made by the Lieutenant Governor administration, the Mahant said the yatra is an example of “Hindu-Muslim” unity for centuries but there are certain anti-national elements who are trying to weaken the communal harmony and brotherhood by disturbing the yatra.
“Facilitating peaceful yatra is our responsibility. Let us join hands to thwart any attempt by anti-national elements to disturb the yatra,” he said.
Meanwhile, the main transit camp of Bhagwati Nagar in Jammu was completely sealed by police and paramilitary forces as part of the heightened security arrangements for the yatra. 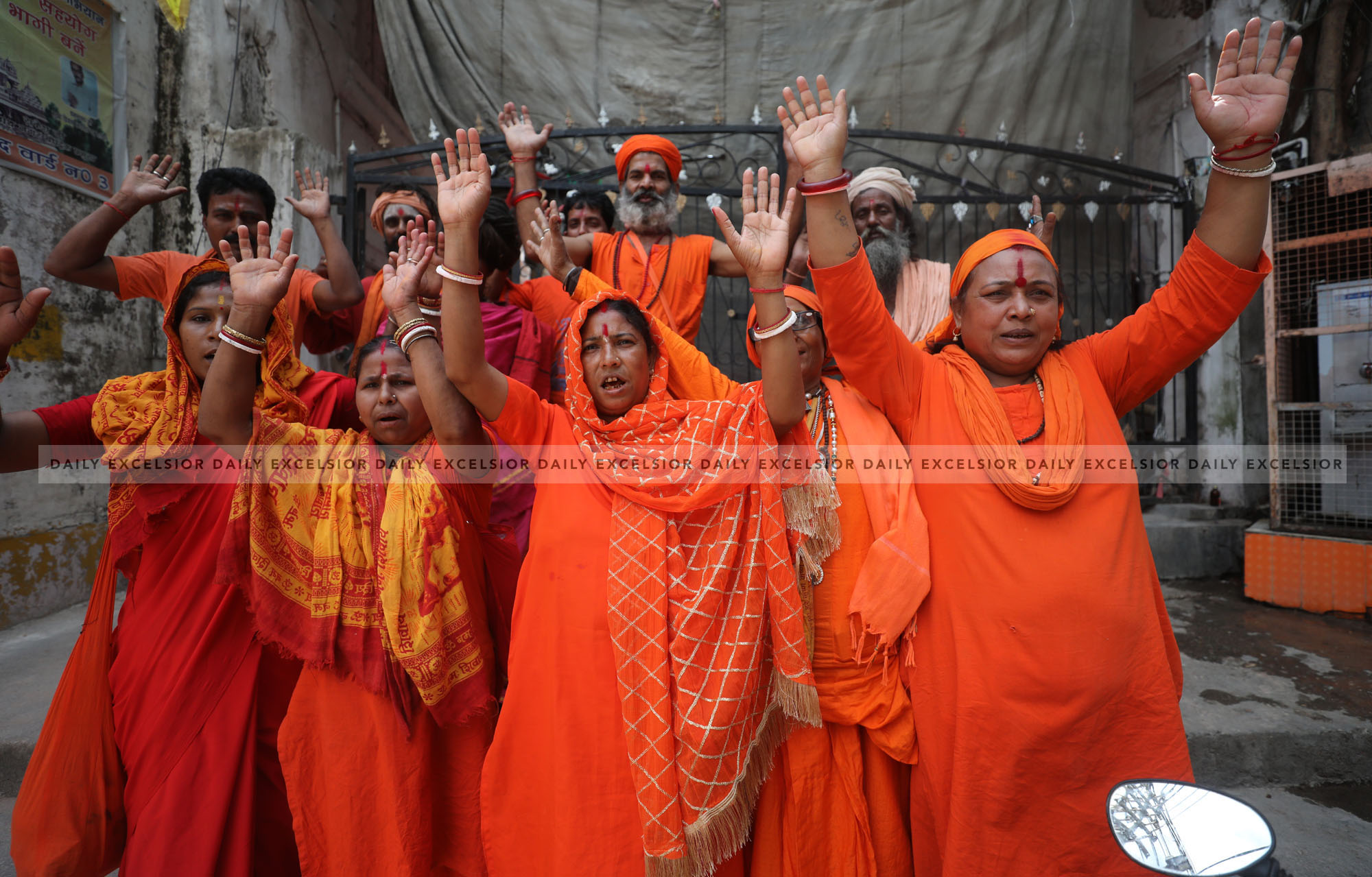 “Only people with special identity cards are allowed inside the complex,” an official said, adding bomb disposal squads, sniffer dogs and surveillance drones were also deployed in and around the areas to maintain tight vigil.
Jammu Municipal Corporation (JMC) Commissioner Rahul Yadav said they are working to ensure that the yatra is made “litter and garbage free” this year.
“All arrangements are in place with adequate manpower for sanitation and hygiene. Our focus this time is to make the yatra litter and garbage free,” he said.
He said the JMC will also ensure the implementation of single-use plastic ban during the yatra. (Agencies)