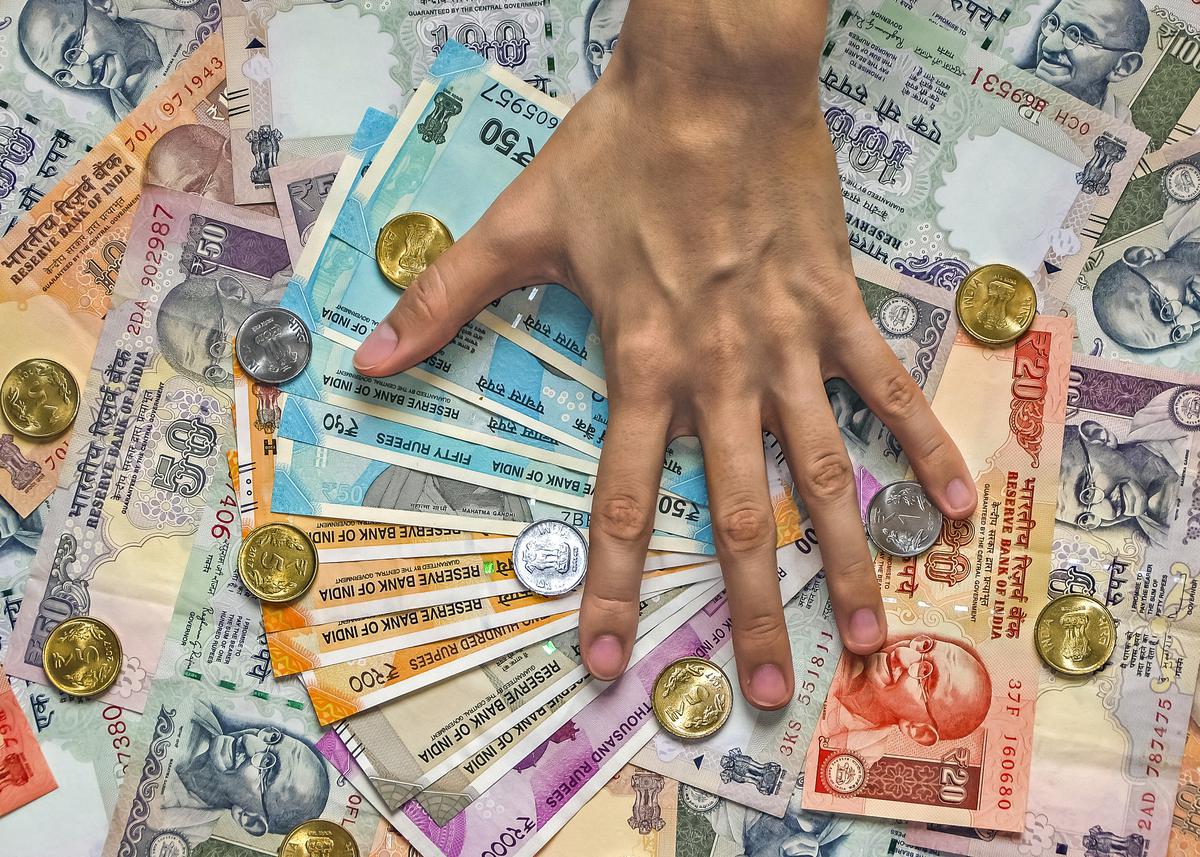 Mumbai, Sept 13:
The rupee appreciated by 36 paise to close at 79.17 (provisional) against the US dollar on Tuesday, tracking the dollar’s decline versus its major peers and foreign fund inflows.
At the interbank forex market, the local unit opened at 79.30 against the greenback. It witnessed an intra-day high of 79.03 and a low of 79.33 during the session.
It finally ended at 79.17, up 36 paise from its previous close of 79.53.
The dollar index, which measures the greenback’s strength against a basket of six currencies, fell 0.40 per cent to 107.89.
Brent crude futures, the global oil benchmark, advanced 0.96 per cent to USD 94.87 per barrel.
“The Indian rupee registered the biggest one-day gains after July 27, amid long unwinding in the dollar and risk-on sentiments. The dollar inflows from foreign institutions and corporates also supported the rupee,” said Dilip Parmar, Research Analyst, HDFC Securities.
The dollar gauge fell for the third consecutive day, the longest losing streak in a month, in the run-up to the CPI data.
The market participants’ pricing in the US consumer price data due later Tuesday, will show that inflation is near peaking, challenging the dollar-dominance narrative, Parmar added.
On the domestic equity market front, the BSE Sensex ended 455.95 points or 0.76 per cent higher at 60,571.08, while the broader NSE Nifty gained 133.70 points or 0.75 per cent to 18,070.05.
Foreign Institutional Investors (FIIs) were net buyers in the capital markets, as they purchased shares worth Rs 2,049.65 crore on Monday, according to provisional data.
On the domestic macroeconomic front, retail inflation accelerated to 7 per cent in August driven by high food and fuel costs, while factory output plunged to a four-month low of 2.4 per cent.
Meanwhile, Chief Economic Advisor V Anantha Nageswaran on Tuesday said India is not defending the rupee and the Reserve Bank of India is taking necessary steps to ensure that the movement of the rupee is gradual and in line with market trends.
“India is not defending the rupee… I don’t think Indian fundamentals are such that we need to defend the rupee. The rupee can take care of itself,” Nageswaran said.
Nageswaran further said “the RBI is making sure that whatever direction the rupee is moving in line with the market trends is just gradual and doesn’t impose burden either on importers or exporters.” (AGENCIES)