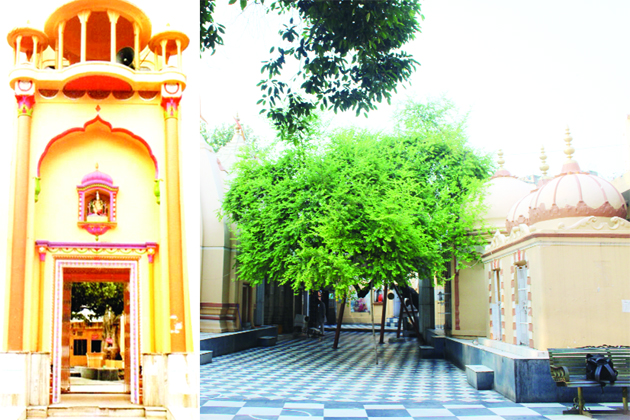 Ravi Rohmetra
Jammu is known as the City of Temples. Panjvaktra Mahadev Temple, commonly known as Panjbakhtar Mandair is one of the oldest temples where the lingam appears in self-manifest form (Aap Shambhu). A revered shrine is Jammu it is also known by other names such as “Shivalays” and “Rupaiye Wala Mandir”. This historic Shiva temple is located in the heart of the Jammu city at Panjvaktra Road which joins Kanak Mandi with Residency road.
Historical significance
According to local legends and oral histories, Adi Shankracharya during his visit to Jammu had stayed here, while some believe that it was discovered much later in early 14th century during the reign of Raja Mal Dev. As per literary sources, Guru Nanak DevJi had visited this place during the period of his second Udasi in 1514. It is believed that he stayed here for about three days. The then king of Jammu Raja Khokhar Dev visited Guru Nanak Dev Ji at this temple along with his queen and the entourage and urged him for instructions and blessings. Guru Nanak Devji then expounded a discourse on ‘Raj Dharma’. He advised the king that his foremost duty was to do justice with his subjects and keep them happy in every respect even by sacrificing his own comforts. No one in his state should be deprived of means of livelihood. He should have devotion and faith in God and rule the state with compassion and justice. If he ruled this way, his rule will extend to 22 Dhars’ (generation).
Historic ‘Ber’ tree: It is said that under this tree the discourse appears to have been delivered and still stands and remains ever blooming throughout the year and is highly revered. This episode of royal visit and Guru Nanak’s sermon under this ‘Ber tree’ is also represented in a painting on the temple wall.
The ancient temple seems to have been periodically renovated and in place of small temple a bigger temple was constructed in 1751 during the rule of Maharaja Ranjit Dev by his General Mian Rattan Dev, a great warrior whose glories are still sung in folk songs. The architecture of the temple is said to be the age old ‘Triratha’ pattern. The lack of decoration is attributed by scholars to the political and military turbulence of 18th century which had forced the patrons as well as craftsmen to seek a quick time solution to complete the projects in hand.
Since then the present bigger temple of Panjvaktra (five faces of Mahadev) has come into existence. Considering the importance of the temple, Maharaja RanjitDev had attached two villages of Nawade Chak (Near Phalayein Mandaal) and Sarwar Chak for its maintenance. Later in 19th century, Maharaja Pratap Singh, a devout himself, who had a great reverence for the temple got the whole of ‘jhelari’ covered with silver.
According to ‘Shiva Rahasya’ the Panjvaktra or the five faced Lord Shiva is the prime cause of entire creation. Mahadeva is seen in his five aspects: Rudra (or Saddyoat), Aghora, Vamdeva, Tat Purusha and Ishana. They also represent his five Mahabhutas or elements. Panjvaktra and Panchmukhi is the combination of all these five forms and is commonly depicted as five headed Mahadeva. In Jammu region, worship of Panchmukhi Mahadev seems to have been in vogue since hoary times.
Five faces of Lord Shankara are Brahma, Vishnu, Rudra, Mahadeva and Sadashiva. Shiva is known as Panjvaktra because he manifests in the aforesaid forms. It represents the complete manifestation of divinity from’ Saagun’ to ‘nirgun’. Om Namah Shivay Mantra also originates from Panjvaktra Mahadeva representing the body of Shiva as mentioned in ‘Panch Brahm Upnishad’.
Panjvaktra Mahadeva is also called as Sacchand Bhairav in Kashmiri Shaivism, having five Mukhas (faces) representing five Shaktis of Panjvktra Mahadev, engaged in creation, maintenance, destruction, concealing his nature and revealing his abode at ‘Kailash Parvat’. It is also believed that five faces of Mahadeva represent five chakras as well. In spiritual sense it is said to be sitting in the heart as the heart also has five holes.
Panjvaktra or Panchmukhi is the combination of all five forms and represents, all encompassing and pervading power of Mahadev. Shiva bestows the aspirant with good mental health, the ability to see things clearly , protect one from all diseases. Purify the mind and body and destroy ignorance.
Rupaiye wala Mandir
One of the names of the temple owes to the fact that the courtyard of the temple was decorated with silver coins which are embedded in the floor.
The temple of rare antiquity , architectural heritage and spiritual importance is situated in the heart of Jammu city , in an area of more than twenty kanals. Shown in the 1914 list of temples, it is an important seat of Dashnami Akhara and deeply associated with Shri Amar Nathji Yatra and it was a ‘Padao’ (camp) for the Sadhus visiting Shri Amar Nath Ji.
As per old records , the temple was known a ‘Samadhi Muth’ owing to presence of large number of Samadhis of Mahants who had served the temple in the past. The oldest Samadhi is attributed to a Naga Baba of Dashnami Akhara who had sit on a Zinda Samadhi ‘ here some one thousand years ago. These Samadhis are also called Sanyasi’ Dehris’. These Samadhis are also revered by the dovotees.
Gaushala: Presently a Gaushala which is the oldest in Jammu is being maintained in the temple premises by the management.
Yoga center : The temple also runs on regular basis a yoga centre in its premises.
Student hostel : There also exists in the temple premises , a hostel for the students studying in the Sanskirt Vidyapeeth in Jammu.
Bhajan Sandhya : On every Monday, a Bhajan Sandhyaya is organized in the temple. Large gathering of devotees assemble and listen to soulful bhajans in praise of the Lord Shiva and other Gods and Goddess.
Mahashivaratri : Mahashivratri is the main festival of the temple and is celebrated in a grand manner. 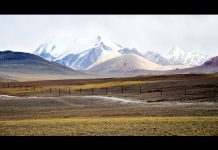