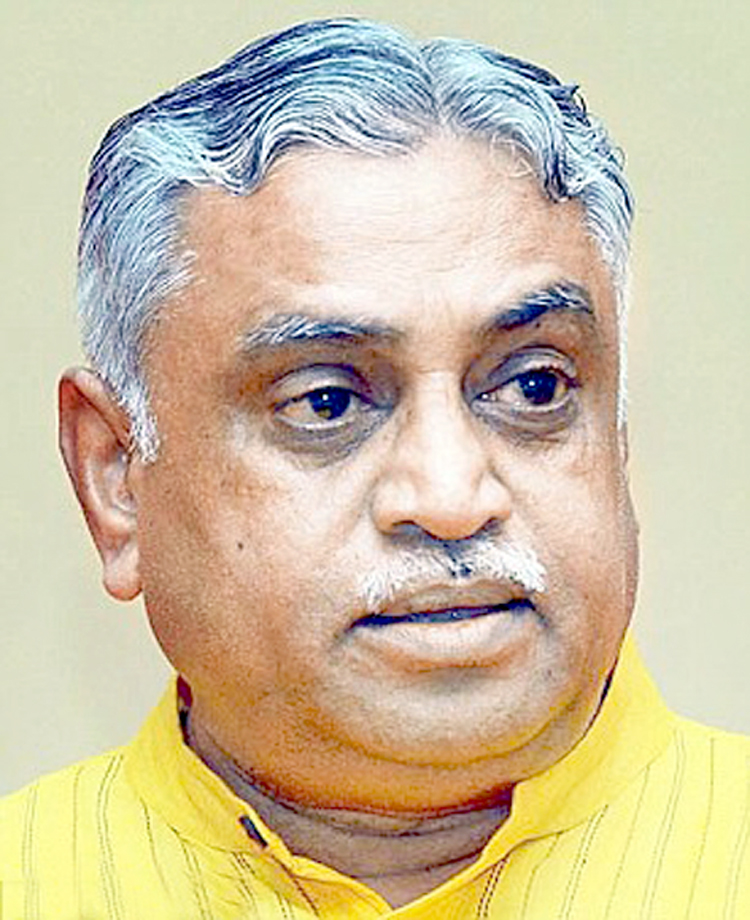 JAMMU, Mar 30: Concerned over alleged failure of ruling BJP in effectively taking up Jammu centric issues owing to apparent compulsions of being in coalition Government, Rashtriya Swayamsevak Sangh (RSS) is mulling a review of its stand on sharing of power by the saffron brigade in J&K State.
Besides, RSS has summoned the State BJP leadership and the party Ministers to ascertain their stand on the issues concerning alleged attempts of demographic change in Jammu, illegal settlement of Rohingyas and Bangladeshis here, Rassana incident, Nowshera agitation and also alleged discrimination on developmental front by the State Government.
RSS Sah-Sarkarywah, Dr Manmohan Vaidya, who arrived here this morning on a two visit, is scheduled to take a series of meetings with the State BJP leaders and the party Ministers on the issues confronting Jammu.
According to the highly placed sources in RSS circles, a contemplation is undergoing at certain level to review the stand on sharing of power and continue to be in Government in  Jammu and Kashmir State in view of compulsion and restrictions owing to be an alliance partner.
The matter has come under serious discussion following reports of alleged failure of BJP leadership and the party Ministers in taking a firm stand on pro-Jammu issues and brewing resentment against the saffron brigade at its traditional bastion, sources added.
Concerned over the situation, sources said that Dr Manmohan Vaidya, who was recently appointed as RSS Sah-Sarkarwah after a long stint as Akhil Bharatiya Prachar Pramukh of the organization, is going to take a series of meetings with State BJP functionaries and the party ministers at the RSS headquarters, here tomorrow.
Main objective of these meetings is to take a feed back about ground situation and particularly to ascertain the BJP stand with regard to Chassana incident, purported migrations of some Hindu families from the area owing to alleged Police harassment, attempts of demographic change of Jammu, illegal settlement of Rohingyas and Bangladeshis here, ongoing Nowshera agitation for district status, alleged discrimination with Jammu on developmental front etc.
Sources hinted that the RSS leader is likely to issue an advisory to the BJP Ministers and the party functionaries not to abandon core agenda of Sangh Parivar at the cost of alliance with PDP for being in Government.
Meanwhile, talking to a group of media persons during an informal chat soon after his arrival here this morning, Dr Manmohan Vaidya reiterated the RSS stand on Article 370 and construction of Ram Temple in Ayodhya.
He admitted that owing to no clear majority, BJP was not in a position to abrogate Article 370, which accords special status to J&K State. “However, we have not abandoned the issue permanently and 370 will be abrogated as and when BJP will come to power with full majority,” he stressed.
The RSS leader exuded confidence  that BJP will return to power at Centre in 2019 Lok Sabha polls, mainly because of  Prime Minister Narendra Modi’s qualities of taking bold decisions and  his clean image besides  opposition parties having no suitable alternative of Modi.
Admitting that the Government decision on demonetizaton and implementation of GST regime adversely affected the popularity of Modi Government, Dr Vaidya, however, claimed that positive results of these moves would be visible after a decade and no other Prime Minister except Modi could have taken such bold initiatives.