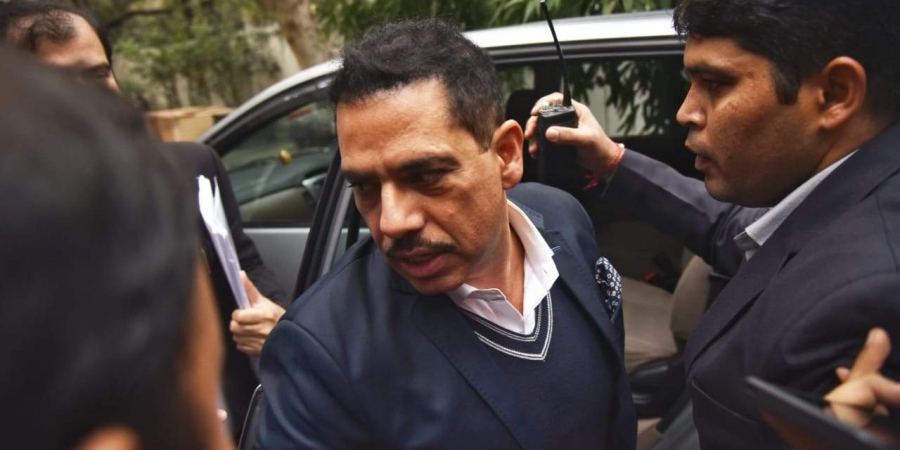 JAIPUR: Robert Vadra, Congress president Rahul Gandhi’s brother-in-law, and his mother Maureen appeared before the Enforcement Directorate at its zonal office here in connection with a probe into an alleged land scam in the Rajasthan’s border town of Bikaner. AICC general secretary and his wife Priyanka Gandhi accompanied them to the office.

This is Vadra’s fourth appearance before the agency and first in Jaipur.

On the last three occasions, he appeared before ED in Delhi in connection with a money laundering probe against him for his alleged role in procuring assets abroad.

The Rajasthan High Court had asked Vadra and his mother to cooperate with the agency after they approached it seeking directions that no coercive action is taken against them by the agency, following which the duo appeared before the ED in Jaipur.

In the Bikaner case, the agency had summoned Vadra thrice but he failed to appear and later approached the court.

The ED had registered a criminal case in connection with the deal in 2015, taking cognisance of a clutch of FIRs and chargesheets filed by Rajasthan police after the tehsildar of Bikaner complained about alleged forgery in the allotment of land in the area, considered sensitive due to its proximity to the India-Pakistan border.

It is understood that the agency wants to question Vadra about the operations of a firm Ms Skylight Hospitality Private Limited allegedly linked to him, which had purchased land in the area. It also wants to confront Vadra with the statements of those said to be linked to him. (AGENCIES)