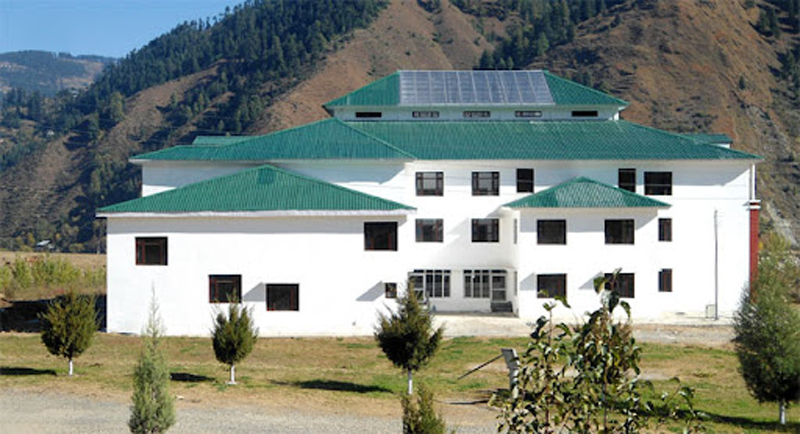 Report to be submitted to LG Office within a month

JAMMU, July 21: On the direction of Lieutenant Governor’s Office, an inquiry committee headed by a retired Judge has started its investigations into alleged financial irregularities committed in infrastructure development of Bhaderwah Campus of Jammu University.
Official sources told the Excelsior that the committee, headed by retired District and Sessions Judge Suresh Sharma, has summoned the university records pertaining to all correspondences regarding PMRP grants for the construction of Bhaderwah Campus and all the tender notices issued by the university from time to time.
Sources added that the committee has also sought to examine original agreement pertaining to construction work of Bhaderwah Campus, executed between JU and the Contractor besides the powers and duties of Rectors of Offsite Campuses, notified by the university from time to time.
Pertinent to mention that on the direction of Lt Governor’s Office, Jammu University vide order number Estab/21/3547 dated 15-07-2021, has constituted a committee under the convenorship of retired District & Sessions Judge, Suresh Sharma and three retired Professors, including Dr Desh Bandhu Gupta of Commerce, Dr S K Sharma of Law and Dr Posh Charak of English as its members.
The committee shall probe into the alleged financial irregularities in spending crores of rupees in infrastructure development of Bhaderwah Campus under PMRP during the year 2013 to 2015 and submit a report to the LG Office within one month.
This is for the first time in history of Jammu University that a committee headed by retired Judge has been constituted for probe into alleged financial irregularities.
As already reported by the Excelsior, the Anti-Corruption Bureau has also taken cognizance of the alleged irregularities and started preliminary inquiry into the matter.
These irregularities were also established in the Internal Audit Report of Jammu University for the period 2018 to 2019 as well as Compliance Audit Report of the accounts of the Registrar, University of Jammu, for the year 2018-19 by Indian Audit and Accounts Department.
The Compliance Audit Report of Indian Audit & Accounts Department had detected irregularities in spending of Rs 10.51 crore under implementation of PMRP under Infrastructure development of Bhaderwah Campus. These include, mismatch of Rs 2.74 crore in expenditure figures, diversion of funds of Rs 1.10 crore, irregular payment of secured advance of Rs 4.35 crore to Contractor, creation of un-authorized liabilities of Rs 1.42 crore, incurring of excess expenditure on contingencies, irregular extension of works, non renewal of bank guarantee worth Rs 40.47 lakh, etc.
It may be recalled that for infrastructure development of Bhaderwah Campus of JU under PMRP, a proposal for one time special grant was forwarded to the University Grants Commission (UGC) in January 2011. Based on the proposal, the UGC had sanctioned one time grant of Rs 24.34 crore for infrastructure development of Bhaderwah Campus in April 2011. The first installment (50 percent) of the grant, amounting to Rs 12.17 crore was released by UGC between November 2011 and January 2012. The funds were to be utilized before March 31, 2015 with the condition that construction work had to be started on or before March 31, 2012 i. e. during the XI Plan period.
However, the progress of completion of projects was dismal as out of six projects to be executed, only four constructions were completed upto roof level and two projects, including Faculty residence and Rector’s residence were almost non-starter despite the fact that Rs 1.05 crore were expended on foundation of these two buildings.
As per the audit report, reasons for non-execution of work above plinth level in respect of these two buildings were not on record. There were lapses in planning and execution of these works resulting in lapsing of grants and unfruitful expenditure of Rs 10.51 crore on abandoned works and delay in completion of works, which had also halted the second installment of funds.
Besides, the irregularities in construction works, the internal audit of Jammu University had also detected alleged misappropriation of funds in purchase of computers, laptops, accessories and other items.