E-Paper
Home Latest News Resignations have to be accepted, Speaker to only see if it is... 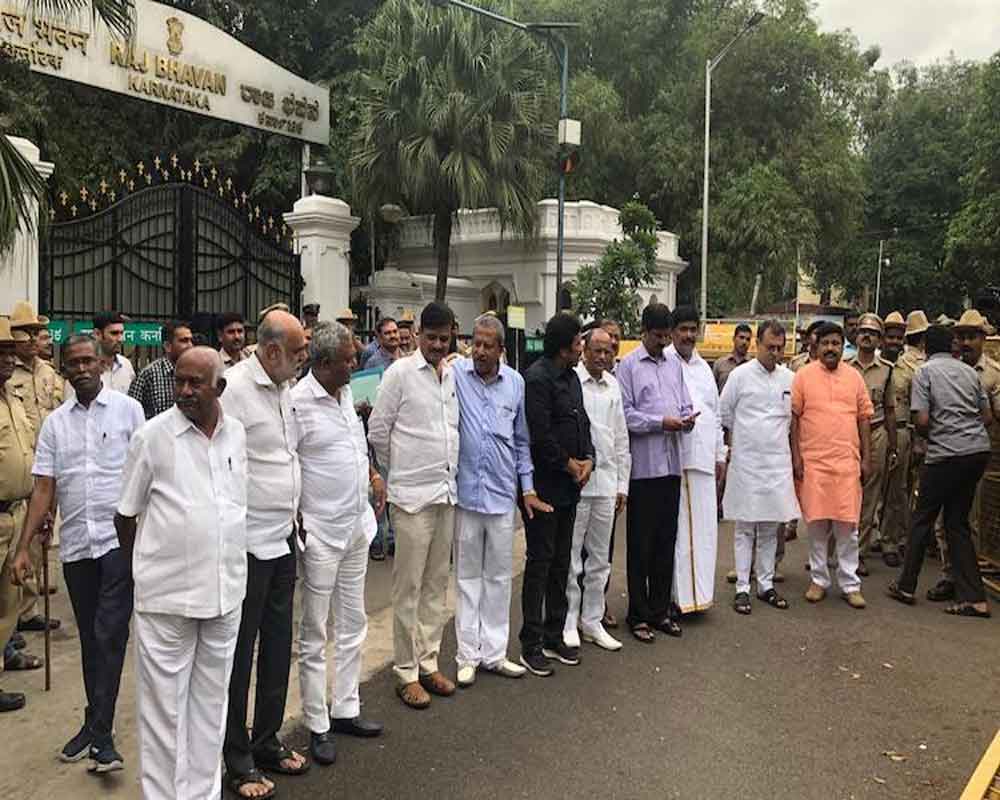 NEW DELHI:  Ten rebel MLAs of the ruling Congress-JD(S) coalition Tuesday said in the Supreme Court that their resignations “have to be accepted” as there is no other way to deal with the present political crisis and contended that the Speaker has to see only if the resignation is voluntary or not.

A bench headed by Chief Justice Ranjan Gogoi is first dealing with the case of 10 lawmakers who approached the court first.

Senior advocate Mukul Rohatgi, appearing for the rebel MLAs, told the court that the Speaker has to only see if the resignation is voluntary or not.

“resignation has to be accepted, there is no other way to deal with it,” Rohatgi told the court.

“It is my fundamental right to do whatever I want to do and cannot be bound due to non-acceptance of resignation by speaker,” submitted Rohatgi.

There is vote of confidence in assembly and the rebel MLAs may be forced to follow whip despite resigning, he said.

Rohatgi told the court that the 10 MLAs resigned on July 6 and disqualification proceedings against two lawmakers were pending.

The 10 rebel MLAs moved the apex court alleging that the Speaker was not accepting their resignations.

Disqualification proceeding is mini-trial under the Constitution’s 10th Schedule, Rohatgi said, adding that resignation is different and its acceptance is based on single criterion — it is voluntary or not.

There is nothing to show the rebel MLAs conspired with BJP, the senior advocate said.

The apex court, which was dealing with the plea of 10 rebel MLAs on July 12, will now be hearing five more lawmakers who have sought identical relief that Karnataka Assembly Speaker K R Ramesh Kumar accept their resignations as well.

The five MLAs — Anand Singh, K Sudhakar, N Nagaraj, Munirathna and Roshan Baig — mentioned their application before a bench of Chief Justice Ranjan Gogoi and Justice Deepak Gupta Monday seeking impleadment as parties to the pending plea on which it was ordered that the speaker would not take any decision till Tuesday on the resignations and disqualifications.

The top court had on Friday restrained the Speaker from taking any decision till July 16 on the resignation and disqualification of the rebel MLAs.

The top court had said an incidental question that would arise in the matter is the kind and extent of the directions that should be issued by a constitutional court to another constitutional functionary, which in the present case happens to be the Speaker of the Assembly. (AGENCIES)