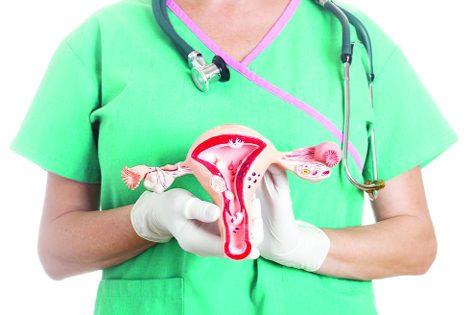 Dr Richa Sharma, Dr Amit Basnotra
Fibroids are the part of womb only and its effects can be variable depending upon number, size, location and also by the age of the female.Its a sort of space occupying lesion as it may replace birth place of prospective baby in some cases so where all problem actually arise and that’s how you may land up to your treating Doctor
In layman’s term it is called as ‘Rasoli'(in Hindi). This is a very common problem faced by all age group of females but it doesn’t mean all will get operated. Whether it is to be removed or not will be decided as per the clinical status of the patient.Blanked Treatment doesnot apply all and it needs individualized approach with patience on part of patient and doctor both as knife cannot be a solution to all troubles most of the time.Needs a thorough and systematic approach !!
Prevalence- Uterine fibroids occur in over 30% of women.Fibroids may adversely affect fertility and pregnancy outcome.
Types of fibroids –
They can be-
* Pedunculated
* Subserosal
* Intramural
* Cervical
* Submucosal (Figure 1).
Intramural and subserosal fibroids are further defined by either their propensity for distorting the endometrial cavity (intramural) or the fraction of the fibroid that is actually in the cavity (submucosal type 0, 1 and 2).
Submucosal ‘type 0’ are totally in the cavity
‘type 1’ 50% or more and ‘type 2’ less than 50%.
Rarer types (not associated with fertility) are- parasitic, ovarian and broad-ligament, but these are not germane to this discussion.
Terms such as calcified, degenerated, firm, soft, etc. are also used to describe fibroids. Of course, these definitions are somewhat arbitrary,as the distinctions between types may be subjective.
Diagnosis Of Fibroids-
The diagnosis of fibroids can be made in several different ways, and the method can shed light on the potential effect on implantation and pregnancy
Methods Include Non Invasive (first line) and Invasive(second line)-
Less invasive and relatively inexpensive diagnostic modalities
Include-
* Ultrasound
* Sonohysterography
* Three- and four-dimensional ultrasound.
HSG
Hysteroscopy
MRI , CT scan
Diagnostic Laparoscopy- visual diagnosis via hysteroscopy and concurrent laparoscopy can afford very accurate evaluation and subsequent treatment of submucosal, subserosal and some intramural fibroids.
Effect of Fibroids on Fertility-
Fibroids are found in 1-2.4% of women with unexplained infertility
There are conflicting data about almost all aspects of the role of fibroids on-
* Implantation
* Pregnancy rates
* Miscarriage rates
* Pregnancy outcome.
But definitely if they are bigger in size and distorting the womb and especially in cases with previous multiple pregnancy losses or multiple IVF failures then the removal of fibroids cannot be ignored
More so even if the patient insists not to get operated we have duty to explain the underlying risk of degenerative changes which can happen during pregnancy which is a crisis.
Look since is neither zero nor 100%, it gives you some middle figures . What proves beneficial for a particular patient definitely should be evidence based but with clinical acumen.
Why Fidroids removal important ?
IVF-ET is expensive and somewhat risky. If a woman is trying naturally to conceive, the only thing lost is time by not treating fibroids. However, if the presence of a fibroid in a given woman will reduce the chance of conception following IVF-ET, the decision for surgery should be considered earlier than for a couple not requiring IVF-ET.
The data certainly support hysteroscopic removal of submucosal fibroids > 2 cm.
Intramural fibroids distorting the uterine cavity or those <7cm probably warrant surgical intervention.
Risks –
Nevertheless, because major surgery is necessary and permanent damage precluding future pregnancies
is possible, patients must be properly informed as to potential risks and benefits
Role in IVF-ET-
Although there seems to be a possible trend for lower implantation rates with smaller intramural fibroids not compressing the uterine cavity, there seems to be an acceptable pregnancy rate with these fibroids present
to warrant at least two or three ETs before considering surgery. This philosophy is also based on the fact that there are no studies to date showing that surgery under these conditions improves outcome
Role in previous miscarriage(s) and how many ?
Since the data strongly suggest that certain fibroids increase miscarriage rates, we would recommend surgery if there was at least one previous miscarriage, as long as it was not found to be of genetic origin. Previously, we may have used a minimum size to suggest surgery, but, based on recent data, even the size may not be a factor.39 Of course, patients must be informed that one cannot prove that the fibroid was the cause, or that removing it would necessarily help. The final decision should be up to the patient.
When Does Surrogacy Helps and Prevailing Laws Of Land ?
In very bad cases we often come across in our clinic are those with primary infertility with multiple fibroids distorting womb with no space left for baby to grow and are having symptoms like heavy bleeding , painful periods etc besides secondary symptoms, no extent of surgery may be proving beneficial then in such cases they are given the option of surrogacy( with self or donor eggs as per situation).
But Now Surrogacy also can be Altruistic only(Please refer to latest updates on ART Bill, 2019 On Regulation Of Surrogacy Tabled in Rajya Sabha) with limitations in age group.
(The authors are Senior IVF consultant and Senior Gastroentrologist) 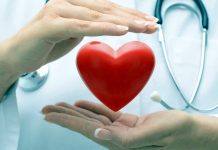 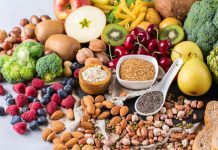 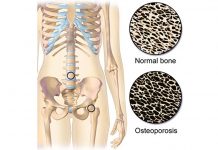