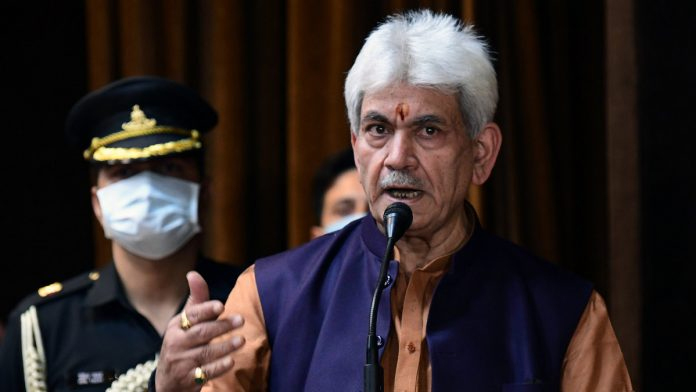 The J&K Lt Governor made these remarks while addressing ‘National Symposium’ to commemorate the attack on 22 October, 1947, when Pakistan raided Muzaffarabad (PoK).

SRIAGAR: Jammu and Kashmir Lieutenant Governor Manoj Sinha on Thursday said that we must not forget how Pakistan attacked the people of Muzaffarabad (PoK) on 22 October, 1947, while killing thousands. He also urged people not to forget the sacrifices made by the people of Kashmir in the fight against Pakistan.
Sinha made these remarks while addressing two days ‘National Symposium’ focusing on “Memories of 22 October 1947 (Black Day). “We all must not forget how Pakistan attacked people of Muzaffarabad (PoK) on 22 October 1947. Thousands of men, women and children were mercilessly killed. Also, we must not forget the sacrifices made by the people of Kashmir in the fight against Pakistan,” Sinha said.
“The two-day symposium will highlight the atrocities committed by the Pakistan government and Army on the people of Jammu and Kashmir. The pain is still there for the last 73 years. We must not forget these things,” he added.
Through the ‘operation Gulmarg’, Pakistan killed our people, burnt our houses and destroyed our culture, Sinha said.
“On 22 October, they committed gross atrocities against our people. We should not forget the day of the attacks on Kashmir and Kashmiriyat by the Pakistan government,” he said.
“Now, the time has come to expose the real face of Pakistan and their sympathisers. The stories of our brave jawans will be highlighted through this symposium. Our brave jawans laid their lives to protect our people from the ill acts of Pakistan. We must tell their stories to our youth,” he added.
The two days ‘National Symposium’ is being organised by National Museum Institute of History of Art, Conservation and Museology in collaboration with the Union Territory Government of Jammu and Kashmir on 22 & 23 October 2020.
According to organisers of the event, on 22 October 1947, Pakistan invaded Kashmir and brought in its wake horrifying stories of mass plunder and vandalism.
“Thousands of men, women and children were mercilessly killed. On 26 October 1947, Maharaja Hari Singh signed the Instrument of Accession merging his state with India.
Following the accession of the state to India, Indian troops were airlifted to Srinagar, the capital, to repel the tribal invasion,” said the statement released by organisers.
“October 22, 1947, in fact, marks the beginning of the first Indo-Pak war. The consequences of this water-shed event are still affecting the country,” it added.
The statement further said that it is necessary to portray such a historic narrative in order to create a dialogue among the people.
“The aim of such an initiative would be to bring about awareness among the people about this phase of our history. It will help in remembering how the country fought in the very first conflict faced by India,” it said. 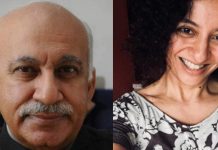