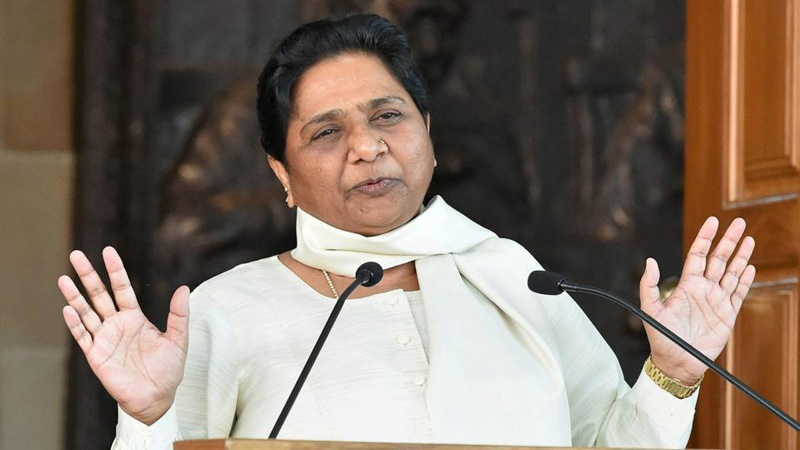 LUCKNOW, Sept 5:
BSP supremo Mayawati here on Thursday met office-bearers of her party, asking them to remain alert against “Government actions”.
“The BSP men should remain alert to save themselves from biased government actions,” she said while expressing concern over “rising” incidents of mob lynching, violence and murder in the state.
She also urged them to ensure the victory of party candidates in the upcoming assembly bypolls in the state.
” Mayawati reviewed ground-level activities in the party to increase its base ahead of the assembly bypolls,” a party release said.
She said the Dalits, tribals and people belonging to other backward classes were agitated as “reservation was not properly implemented and lakhs of government posts were vacant”.
“The economic mess is in news. The purchase power of people has come down. The government should take up issues of poverty and unemployment on a priority,” she added commenting on the economic situation in the country. (PTI)