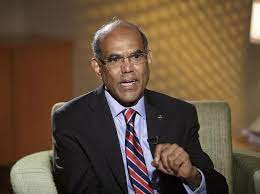 NEW DELHI, May 18: The criticism that the Reserve Bank of India was behind the curve in hiking interest rate to tame rising inflation is unfair, former RBI Governor D Subbarao said on Wednesday and asserted that it is difficult for any central bank to anticipate the future more accurately.
Earlier this month, Monetary Policy Committee (MPC), the central bank’s rate-setting panel, surprised the markets with a 40 basis points hike in repo rate in an off-cycle policy meeting. It was also the first rate hike after August 2018, amid spiralling inflation.
Subbarao further said given that monetary policy acts with a lag, this rate hike, by itself, is unlikely to bring inflation down in a hurry.
“I saw that the hurried action to tighten monetary conditions through an off-cycle MPC meeting raised several questions,” he told PTI in an interview.
Subbarao was responding to a question why RBI did not raise interest rate much earlier despite rising inflation.
“Was the RBI sleeping at the wheel even as inflation was soaring? Did it go overboard in prioritizing growth over inflation? Won’t the delayed action cost heavily in macroeconomic terms? Will this scrambling hurt RBI’s credibility?
“I believe that this criticism is unfair,” he said.
Retail inflation surged to an eight-year high of 7.79 per cent in April this year while inflation galloped for the seventh straight month. RBI has been mandated by the government to ensure that inflation remains at 4 per cent with a margin of 2 per cent on either side.
While pointing out that the RBI, like other central banks around the world, had to act under astonishing uncertainty brought on by rapidly unfolding geopolitical developments, Subbarao said in early April when the last scheduled MPC meeting took place, the war in Ukraine had been on for weeks, but even seasoned military experts and experienced diplomats were wrong in predicting its course.
“It’s unfair to expect central banks to anticipate the future more accurately,” Subbarao asserted.
The former RBI Governor noted that the inflation trajectory going forward will depend on the pace and quantum of policy tightening over the next few cycles.
“With credit growth currently only around 9-10 per cent, the recent repo rate hike is unlikely to transmit very strongly,” he said, adding that nevertheless, the rate action by RBI will help subdue inflation indirectly – by ensuring that inflation expectations don’t get unhinged.
To a question if inflation stays above the RBI’s target band, the central bank may have to explain why it is unable to bring it down, he opined that the RBI may face that prospect by September.
“Should that contingency arise, the RBI must see that as an opportunity to explain the challenges of policy navigation in extraordinarily uncertain times,” Subbarao suggested.
According to its inflation targeting mandate, if average inflation rules above the target band for three consecutive quarters, the RBI is enjoined to write a letter to the government explaining the reasons for failure to deliver inflation within the target band and the remedial action taken to get back on target.
Referring to some economists talking about a risk of stagflation, he said the fear that India is headed towards stagflation — an eerie combination of high inflation, surging unemployment and low growth – is exaggerated.
” For an economy slated to grow around 7 per cent over the medium term, any fear of stagflation is misplaced,” he said,adding, unlike most large economies in the world which are demand-constrained, India is structurally supply-constrained and that huge demand potential itself is a safety valve for India against stagflation.
When asked if the rising interest rate will hurt growth, he said that it is only over the last few months that India has seen incipient signs of revival of private consumption and private investment.
“Those growth impulses will hit speed bumps because of the rate action, and to that extent some compromise on growth is inevitable. But that is only in the short term. In the medium term, price stability aids sustainable growth,” he argued.
On rupee falling to all-time lows against the dollar in recent days, Subbarao said in fact, RBI might be comfortable with some rupee depreciation to bring the real effective exchange rate (REER) into parity and maintain the competitiveness of India’s export.
On the other hand, he noted that rupee depreciation exacerbates inflation pressures by raising the rupee cost of imports.
“In my view, we should be agnostic about the level of the exchange rate and only engineer the trajectory of the exchange rate path to prevent undue volatility,” he opined. (PTI)