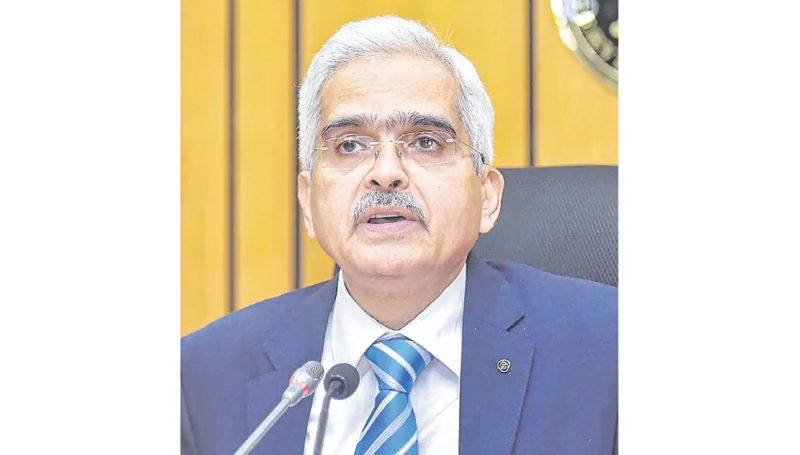 MUMBAI, Feb 10: The Reserve Bank of India (RBI) held its key lending rates steady at record low levels for the 10th straight meeting to support a durable recovery of the economy from the COVID-19 pandemic.
RBI Governor Shaktikanta Das said the monetary policy committee decided to hold the lending rate, or the repo rate, steady at 4 per cent, and its reverse repo, or the rate at which it absorbs excess cash from lenders – unchanged at 3.35 per cent.
The six-member MPC, which has been on pause since August 2020, voted unanimously to maintain the status quo on the repo rate and by a majority of 5-1 to retain the accommodative policy stance as long as necessary, he said.
“Monetary policy actions will be calibrated and well telegraphed,” he said, indicating that there won’t be any surprises.
“Overall, taking into consideration the outlook for inflation and growth, in particular the comfort provided by improving inflation outlook, the uncertainties related to Omicron and global spillovers, the MPC was of the view that continued policy support is warranted for a durable and broad-based recovery,” he said.
While a status quo on repo rate was expected, some economists had expected a hike in the reverse repo to re-align it with short-term money market rates.
The decision comes days after Finance Minister Nirmala Sitharaman proposed to up spending to support the economy’s world-beating recovery.
“The government’s thrust on capital expenditure and exports are expected to enhance productive capacity and strengthen aggregate demand. This would also crowd in private investment,” the RBI Governor said.
RBI projected a 7.8 per cent economic down in the coming fiscal starting April 1, down from 9.2 per cent expected in 2021-22, in view of uncertainties on account of pandemic and elevated global commodity prices.
It lowered the inflation outlook to 4.5 per cent for the next fiscal from 5.3 per cent in the current year.
Retail inflation accelerated to a five-month high of 5.59 per cent in December from a year earlier, while wholesale price-based inflation eased marginally to 13.56 per cent, but remained in double-digits for nine straight months.
The “headline inflation is expected to peak in Q4:2021-22 (January-March 2022) within the tolerance band and then moderate closer to target in H2:2022-23, providing room for monetary policy to remain accommodative,” he said.
Other decisions announced include curtailment of the hours when reverse repo and MSF windows can be availed — a return to pre-pandemic methods of managing liquidity. Variable repo, reverse repo of 14-day will be the main liquidity tool while auctions of longer maturity will be conducted as needed.
RBI had slashed the repo rate by a total of 115 basis points (bps) since March 2020, to soften the blow from the coronavirus pandemic and tough containment measures. The rate is now 250 bps below its level at the beginning of 2019, when the easing cycle began.
“The pandemic holds the global economy hostage once again. Despite signs of moderation, record numbers of daily infections in several countries and consequent containment measures are denting the pace of economic activity,” Das said, adding India, however, is charting a different course of recovery and is poised to grow at the fastest pace year-on-year among major economies.
The recovery, he said, is supported by large-scale vaccination and sustained fiscal and monetary support.
The MPC flagged the potential downside risks to economic activity from the highly contagious Omicron variant. “There is some loss of momentum in economic activity as reflected in high-frequency indicators… The demand for contact-intensive services is still muted.”
“We, in the Reserve Bank, have remained steadfast in our commitment to safeguard trust and confidence in the domestic financial system as we rebuild the foundations of strong and sustainable growth with macroeconomic stability,” he added. (PTI)