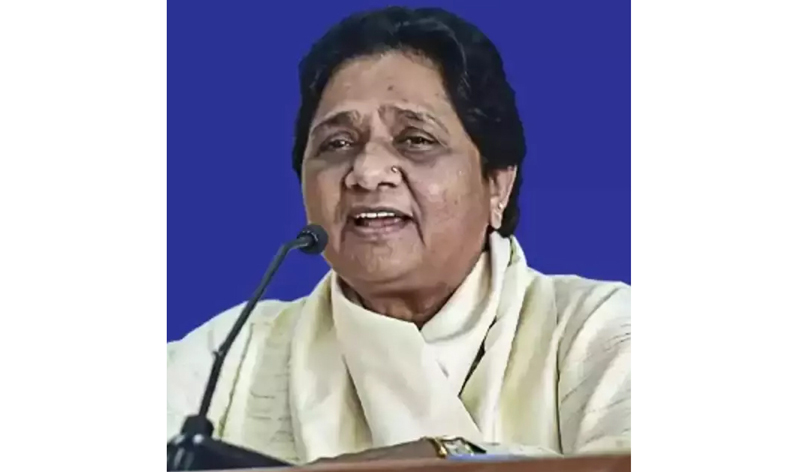 LUCKNOW, Feb 10: Bahujan Samaj Party (BSP) supremo Mayawati while commending the people for their enthusiasm in the first phase of polls in Uttar Pradesh claimed that voters have no option but to change the Government.
Ms Mayawati in a series of Tweets on Thursday morning wrote,”By committing the crime of hiding the burning problems of poverty, unemployment, inflation and pothole roads, electricity, sanitation etc.by the BJP Government of UP and the Center, now the people has the only option to change the Government.”
“BSP is the better option. Do give us a chance” she appealed.
Further she wrote, “BSP is a movement of social change and economic emancipation, whose goal is to liberate the poor, laborers, farmers, small traders and other toiling sections of society from the helpless and slave life and make them proper partners in power, while parties like BJP, SP and Congress have other ideologies”.
She also said, “a warm welcome to all of you in the first phase of voting today in 58 assembly constituencies of 11 districts in western UP for the elections to the UP assembly. It is time to decide whether the coming five years in UP will be full of sorrow and helplessness for you as before or you will be able to save yourself.” (UNI)