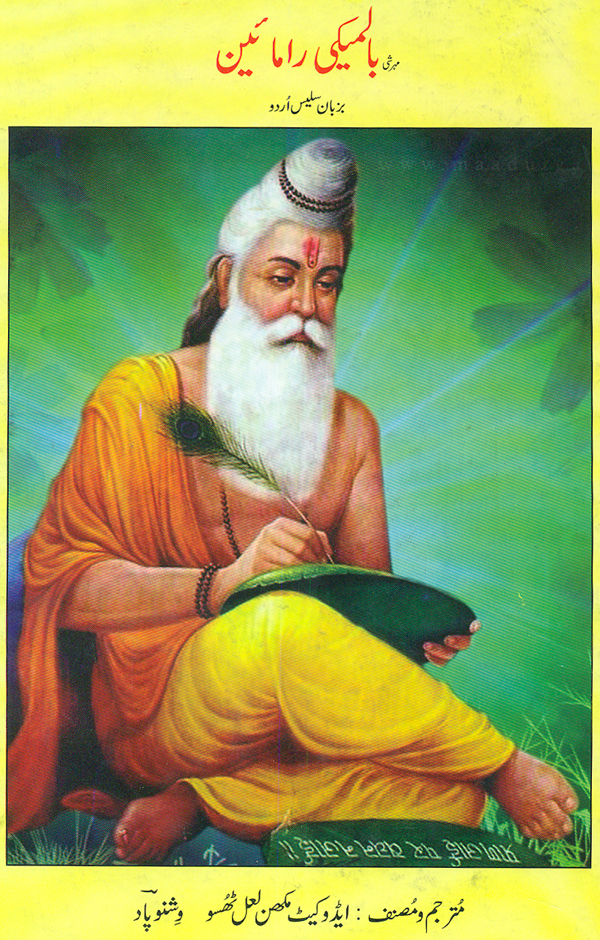 “Balmiki Ramayana’’, translated by Makhan Lal Thusoo, consists of almost four hundred pages of printed meterial, hard bound edition with an appropriate cover image and beautiful photograph of Shri Ram Darbar inside. The book is broadly divided in three parts with recognizable objectives.
Ramayana is one of the greatest epics in world literature besides being considered a huge religious text by the Hindus. This epic is, on the face of it, story of Lord Rama in his role in different capacities, but the texture is woven extensively and intricately with myriad sub-text and themes. However, each story and event is at once independent and at the same time dependent on the main story. When you attempt a translation of such a big magnitude, it needs lot of knowledge and hold on both the languages, language of the original text as well as the language of the translation. Shri Thusoo has done creditably and scored well on the scale determined for a translator.
It is not discernable or even possible to comment on the material, events and the story of the original text when one is commenting on its translation; all attention is on how well the original has been handled.
The author sticks to the details and does not allow random flights of imagination to get loose. Every detail is meticulously expressed and carried all the ideas of the original as wll as its structural and cultural features. Break up of different parts is adhered to and the chronology of events is truthfully followed. This has made matters easier for the translator and the reader will find special connect by virtue of the story of the Epic being almost everlastingly fixed in the memory and sub-conscious mind of almost, all the readers.
The language used is simple, fluent and smooth, helping the reader in retaining his interest while reading the book. The story is not only graphically told but care has been taken to ensure that the subtleties of meaning inherent in the text of the epic are preserved and made nearly obvious even for an average reader.
It is always assumed that a good translation represents nothing more than a Verbatim conversion of any given text or document from one language into another. But here the reader will find himself hugely enjoying the depth, reach, and scope of one of the finest pieces of world literatureand also a book considered of huge spiritual merit by the devout Hindus.
Mr Thusoo has added a dimension of creative understanding and originality to the work as well. Character sketches of all the leading protagnoists of the epic have been delineated and will help the reader in strengthening proper understanding of the entire epic.
The translation aptly concludes with Shri Ram Astuti; Ramayana Path and a solemn prayer clearly expressive of the huge reverence Mr Thusoo has for the great book and also Purshutam Lord Rama. It seems that the translation has been a rewarding and satisfying job for him.
To conclude, this is perhaps, a rare conscious attempt to have a full and purely Urdu language translation of Balmiki Ramayana and for this purpose alone Mr Thusoo needs to be commended. I have found the translation absorbing and recommend to all Urdu knowing people to go through this book and I promise they will not be disappointed.