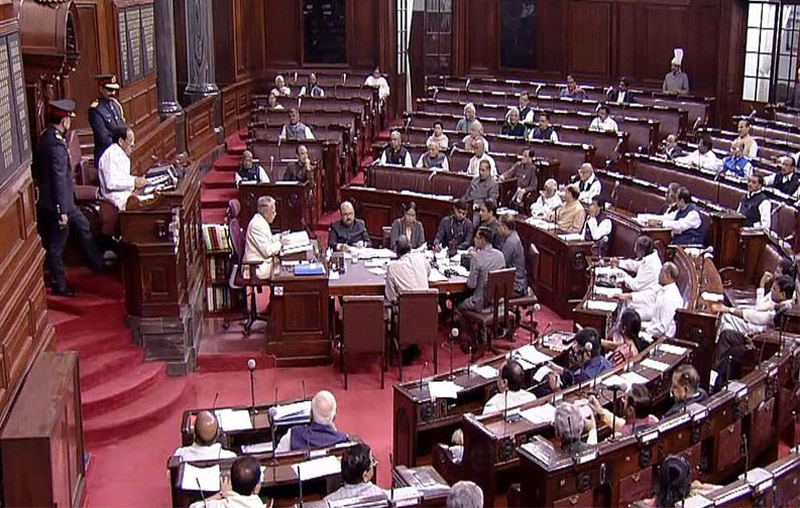 NEW DELHI, Dec 13: The historic 250th session of the Rajya Sabha was adjourned sine die on Friday after Chairman M Venkaiah Naidu summed it up as one marked by ‘seriousness and brevity’.
He complimented the members for making this session productive and for improving the quality of debates.
“I am overall happy for this session, but for the small disappointment which also could have been avoided,” he told the House during his valedictory address at the completion of the 250th session.
Prime Minister Narendra Modi was present in the House during the valedictory remarks.
“I am glad that collectively, all of you have risen to the occasion and kept up the happy tide. I would like to sum up the course of this historic session as one marked by ‘seriousness and brevity’,” Naidu said.
The Rajya Sabha chairman said the seriousness is borne out of a definite sense of purpose of enhancing the dignity of this august institution.
He said while the last session recorded productivity of 104 per cent by availing more than available time for transacting business, this session too has clocked 100 per cent productivity.
“This is perhaps for the first time that this House has recorded 100 pc productivity for two successive sessions. For me, this is a certain proof of this ship being steadied and all of you deserve credit for it,” Naidu said.
He observed that as against the total scheduled available time of 108 hours 33 minutes during this session with 20 sittings, the House functioned for 107 hours 11 minutes resulting in a productivity of 99 per cent.
A total of 11 hours 47 minutes, accounting for about 11 per cent of the available time of the House has been lost due to interruptions, Naidu noted. (PTI)