This 180-Pages book entitled ‘KEH DO’ is a collection of ten short stories in Hindi that are not only close to reality but come even closer to heart of every reader also. The moment you start reading it, you wish to complete in a single go. The characters seem to be familiar ones and plots have been woven so skilfully by the author Rajeshwar Singh ‘Raju’ that everyone will feel amazed and stunned with the unique concepts and treatment. The writer has made it a point that thought provoking approach has to be blended with curiosity, suspense and drama element to make it pleasing for the readers.
It is said that Raju ‘s stories create visuals that captivate readers and the readers too feel as a part and parcel of each story . They start enjoying the journey through the words and end up with all satisfaction; although the stories do haunt quite often for the content therein thus appreciating the efforts of the story teller. It is also seen that Raju’s stories stand him at par with many established short stories writers. ‘KEH DO’ proves it.
Unique Flavour
Raju’s each story of ‘KEH DO’ has different flavour and takes reader to entirely different world every time. If ‘ULTE MAHARAJ’ is a satire on the superstitious beliefs on alleged self-styled Godmen while NOTICE has all the emotions of son and father. SAPARASH is a story of special binding between mother and elder son. FORMULA is based upon the corruption eating into our system and causing frustration to younger generations, YEHAN SAB KHARIYAT HAI is the story of newly wedded bride who doesn’t tell her parents about any atrocities she under goes in her in-law’s house just not to make her parents worried, NASHA is a mirror to society fighting with the drug abuse and its repercussions.
BARSAAT story is an eye opener of so called helping hands who don’t let the opportunity slip away from exploiting others, EK VISHYA KI HATYA is a symbolic concept revolving around the communal minds who are a threat to humanity, the story titled “WAQT GUZAR CHUKA” revolves around the over aged girls who don’t settle at right age and life becomes a hell for them later on. The last story of the book “EK KHIDKI KHULI SI” is a wonderful concept involving old woman and her everlasting wait for his son who has gone abroad to make his fortunes.
Meaningful Message
The author Raju has dedicated ‘KEH DO’ to his father late Sansar Singh who had always inspired him in his literary pursuits. Mr. Raju owes a lot to him as he only was instrumental in infusing passion in him for reading when he was a kid that eventually inspired him to become a writer.
The Preface to the book is written by eminent Hindi writer, Prof Raj Kumar, ex-Head of Department, Hindi Department, Jammu University who observes that Raju is a hope for Hindi short story writing and all expectations are there that he will succeed in carving out a niche for himself in Hindi short story spectrum.
Rajeshwar Singh ‘Raju’ is a well known name in literary circles of Union Territory of Jammu and Kashmir. For the last more than thirty years now he has been constantly contributing in English, Dogri and Hindi languages in all three mediums of expressions whether Print media, Audio medium or Visual medium. Writing from a very young age, he started getting published in newspapers and magazines and soon took to audio medium thus participating at Yuvavani Services of All India Radio as a poet, short story writer and a playwright; more than 40 plays, features and a few series are to his credit both in Hindi and Dogri. Later, he switched to Television with 30 serials, plays, short films and some 100 documentaries in Dogri and Hindi languages telecasted from Doordarshan Kendra, Jammu/Srinagar and Kashir Channel. Despite having such an impressive profile, he has maintained continuity with passion for writing. He argues that a writer is not complete if he has no book to his credit. He knew this basic mantra and has been getting his books published on regular basis with dedication and devotion. Till date he has seven books to his credit which consist of five short stories collections in his mother tongue Dogri that include KHOU’DHAL (2013), ADH MAJHATAI (2015), SIKH MATT (2017), JHEEBH TALATIE GAYEE (2018), KEH PATA (2020)and two collections of poetry in Hindi entitled NISHABD (2018) and HAAN-NAA (2019). KEH DO, a collection of short stories in Hindi is his eighth addition to his creative writings.
The printing and the paper are of high quality with zip binding and cover as is usual with Raju’s books very attractive, symbolic, artistic and creative.
I have gone through this book of short stories with deep interest for meaningful message and morals. ‘KEH DO’ will surely make a distinct mark in literary circles. The book lovers have the opportunity to read a good book and enjoy it. Such books, I must add need to be in the libraries of schools, colleges and other libraries too. I wish to conclude with reference to Prof Rajkumar’s critical analysis of the stories : “Let Mata Saraswati bless Mr. Raju and others to pen down such creative writings in future too. We, literature lovers will always be there to boost his morale thus saying “KEH DO”
(starline.syndicate.service@gmail.com) 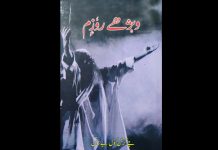