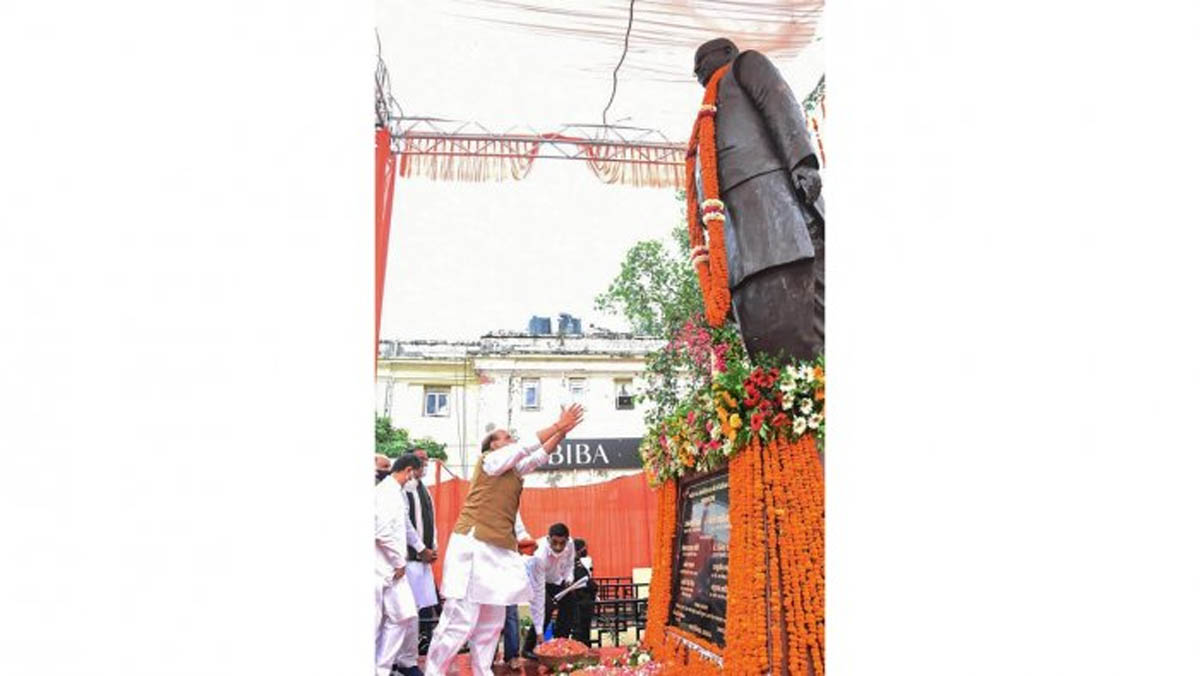 LUCKNOW, July 21:
Defence Minister Rajnath Singh on Wednesday unveiled a statue of Lalji Tandon on his first death anniversary and sang the praises of his contributions in strengthening the BJP in Uttar Pradesh and his encyclopedic knowledge of Lucknow.
Tandon, a BJP veteran, had served as Governor of Bihar and Madhya Pradesh.
After inaugurating the 12-foot-tall statue of Tandon in Hazratganj, Singh said, “All senior leaders of the party, including myself, used to take his suggestions before taking any important decisions. He had a role in establishing BJP in power in Uttar Pradesh.”
Singh succeeded Tandon as the MP from Lucknow.
Starting his speech by praising Chief Minister Yogi Adityanath for “gaining popularity all over the country for ending the atmosphere of anarchy in Uttar Pradesh and giving a direction to the development of the state,” Singh recalled his association with Tandon and called him an “encyclopedia of Lucknow.”
“Two people — historian Yogesh Pravin (who died recently ) and Tandonji — knew the city minutely and lived their lives according to the culture and traditions of Lucknow,” the minister said.
Singh said there was a lot to learn from Tandon. He remained connected to his roots and people at the ground level and also shared good relations with all, including those in rival political parties.
“He had good relations with leaders of all political parties, be it SP, Congress or BSP. BSP president Mayawati used to call him her brother,” Singh said.
On Tandon’s relations with former prime minister Atal Bihari Vajpayee, the minister said Tandon was like “Laxman to his Ram” Vajpayee The chief minister said, “Tandonji played a long innings in public life and had fans among all sections of society.”
The bronze statue is sculpted by Rajendra Prajapati. (PTI)