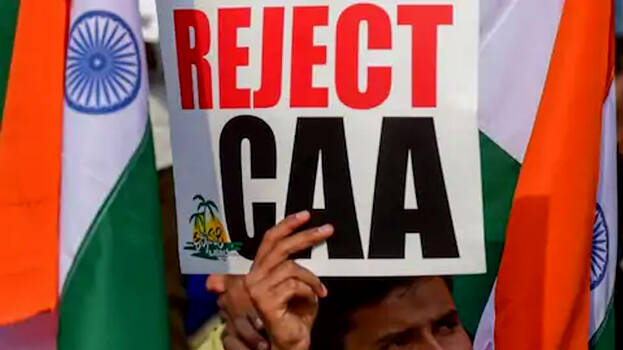 JAIPUR, Jan 25:
Rajasthan Assembly on Saturday passed a resolution urging the Centre to repeal the Citizenship (Amendment) Act (CAA), amid opposition by the BJP which accused the ruling Congress of pursuing appeasement politics.
It is the second Congress-ruled state to pass such a resolution after Punjab. Earlier, Kerala Assembly too had passed a resolution against the CAA moved jointly by the ruling Left alliance and the opposition Congress-led UDF.
The Rajasthan Assembly passed by voice vote the resolution which also asked the Centre to withdraw the new fields of information that have been sought for updation in National Population Register (NPR), 2020.
“It is evident that the CAA violates the provisions of the Constitution. Therefore, the House resolves to urge upon the government of India to repeal the CAA to avoid any discrimination on the basis of religion in granting citizenship and to ensure equality before law for all religious groups of India,” Parliamentary Affairs Minister Shanti Dhariwal said while moving the resolution in the House.
Leader of Opposition Gulab Chand Kataria questioned the right to challenge the Act in the state assembly. (PTI)