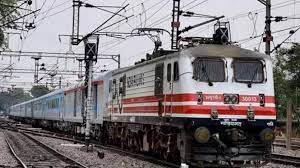 NEW DELHI, July 19: The Railways has removed on-board service charges on all meals and beverages that are not pre-ordered on premium trains. But there is a catch — the Rs 50 charge has been added to the prices of snacks, lunches and dinners.
The prices of tea and coffee will be the same for all passengers, who have pre-booked it or ordered those on the train, and will see no increase in the rates.
Under the previous norm of the Indian Railway Catering and Tourism Corporation (IRCTC), if the person has not booked their meals along with their train ticket, they had to pay an additional Rs 50 while ordering food during the journey, even if it is just a Rs 20 cup of tea or coffee.
Now, a passenger on board premium trains like Rajdhani, Duronto or Shatabdi who haven’t pre-booked their meals, will pay Rs 20 for tea (similar to the amount paid by those who pre-booked their meals). Earlier, the cost of such non-pre-booked tea was Rs 70, including the service charge.
Previously the rates for breakfast, lunch and evening snacks were Rs 105, Rs 185 and Rs 90, respectively while an additional charge of Rs 50 used to be levied with each meal. However, the passengers will now have to pay Rs 155, Rs 235, and Rs 140 for these meals with the service charge being added to the cost of the meal.
“The removal of the service charge will only reflect in the prices of tea and coffee. In this, the passenger who has not pre-booked will pay the same amount as a passenger who has booked it. However, for all other meals the service charge amount has been added to the cost of meals for non-booked facilities,” an official explained.
For Vande Bharat trains, passengers who haven’t booked the on-board services have to shell out the same amount for breakfast/lunch or dinner/evening snacks as they did when they were charged service charges, with the increase showing in the cost of the food instead of the charges. (PTI)