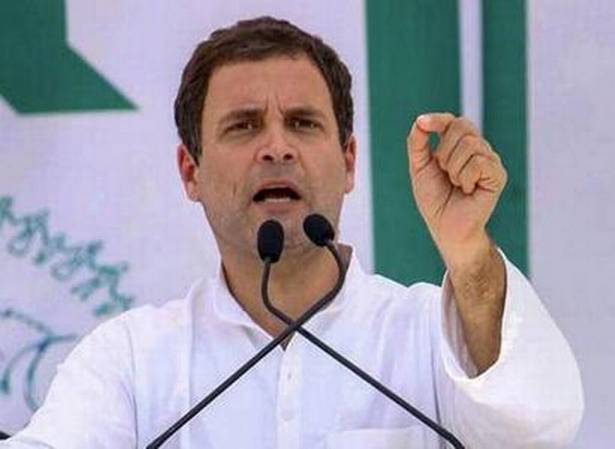 NEW DELHI, Aug 1: Congress leader Rahul Gandhi on Sunday attacked the government alleging a shortage of Covid vaccines with Health Minister Mansukh Mandaviya hitting back, accusing him of indulging in “petty politics”.
July has gone, but vaccine shortage has not, Gandhi said in a tweet in Hindi using the hashtag ‘WhereAreVaccines’.
He also tagged a montage of media reports on alleged vaccine shortage.
The former Congress chief also tagged his tweet earlier in July in which he had said July has come, vaccines have not.
Tagging Gandhi’s tweet, Mandaviya said over 13 crore vaccine doses have been administered in July and the vaccination programme will be speeded up further this month.
“We are proud of our healthcare workers for this achievement. Now you should also be proud of them and the country,” the health minister tweeted in Hindi.
“Have heard that you are also among the 13 crore people who have been administered vaccine doses in the month of July,” Mandaviya said.
“But you did not say a word about our scientists, did not appeal to the public to get themselves vaccinated. This means that you are doing petty politics in the name of vaccination. Actually, the shortage is not of vaccines, but there is lack of maturity in you,” he said.
The Congress has been raising the issue of shortage of vaccines in the country and has urged the central government to speed up inoculations, saying it is the only way to stop the third wave of COVID-19.
The BJP has hit back at the opposition party, accusing it of encouraging vaccine hesitancy. (PTI)