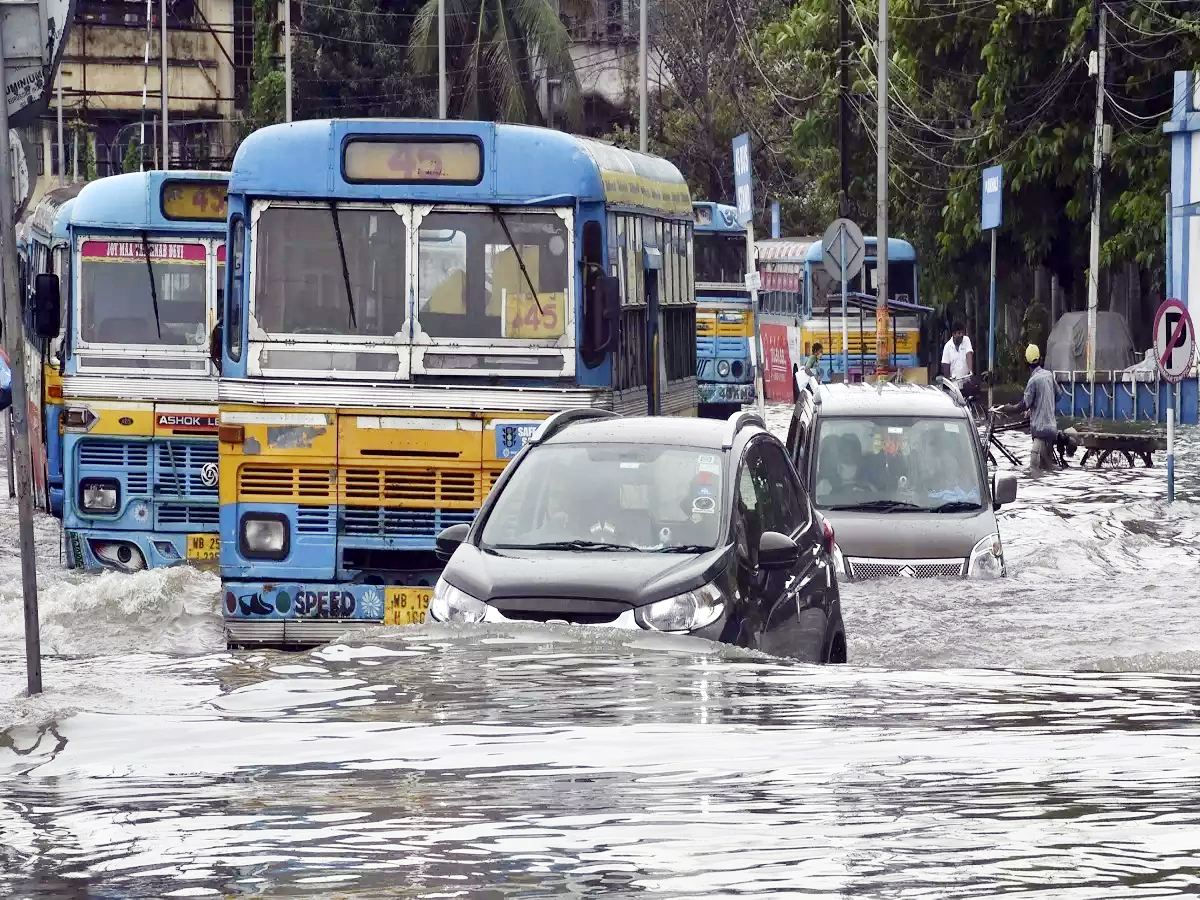 NEW DELHI, Aug 1: Six people were killed and four others injured in two incidents of house collapse due to heavy rains in Madhya Pradesh on Sunday, while some parts in Rajasthan faced a flood-like situation due to torrential rains, putting lives and property at risk.
The India Meteorological Department has issued a ‘red alert’ for Rajasthan and Madhya Pradesh, forecasting very heavy to extremely heavy rains on Monday.
Delhi witnessed extensive waterlogging and traffic jams in several parts of the city as rains continued to lash the national capital.
The Safdarjung Observatory, considered the official marker for Delhi, recorded 28.2 mm rainfall, while the Ridge station registered 126.8 mm rainfall from 8.30 am on Saturday to 8.30 am on Sunday.
The maximum temperature was recorded at 32.1 degrees Celsius, two notches below the season’s average.
The weather office has forecast a generally cloudy sky with heavy rains on Monday.
Parts of Paschim Medinipur and Howrah districts in West Bengal witnessed inundation as additional water is being discharged from Damodar Valley Corporation (DVC) dams after heavy rains.
At least 212 relief camps have been set up in Paschim Medinipur, offering shelter to over 12,000 people as water having breached embankments entered their homes.
In Howrah, vast stretches of Udaynarayanpur and Amta, including medical facilities, lay submerged with the NDRF and the SDRF carrying out relief operations on war-footing.
Several arterial roads, including the Udayanarayanpur-Tarakeswar stretch, have gone under water, virtually cutting off link between Howrah and Hooghly districts.
In Madhya Pradesh, six people were killed and four others injured in two incidents of house collapse due to heavy rains in Rewa and Singrauli districts.
Some 300 people from Tyonthar area of Rewa district had to be moved to safety after incessant rains caused flooding.
According to the IMD, showers ranging from 115.6 mm to 204.5 mm or above along with thunderstorms and lightning are very likely at isolated places in Gwalior, Shivpuri, Guna, Ashok Nagar, Datia, Sheopur, Morena, Bhind, Neemuch and Mandsaur.
Several areas in Himachal Pradesh received light to moderate rains, while the MeT Department has issued a fresh yellow weather warning till August 5. Nadaun received 35 mm rain, followed by Dalhousie 34 mm, Chamba 19 mm, Kasauli 17 mm and Paonta Sahib 14 mm.
Parts of Uttar Pradesh, Punjab and Haryana also received light to moderate rains.
In UP, rainfall was recorded in Sonbhadra, Prayagraj, Chitrakoot, Moradabad, Mahoba and Pratapgarh.
Hisar, Karnal and Rohtak in Haryana, and Patiala in Punjab received 22 mm, 32 mm, 0.4 mm and 7 mm rain, respectively.
Battered by torrential rains, some places in Rajasthan are facing a flood-like situation.
According to the weather office, 240 mm rainfall, the highest in the state, was recorded at Makrana in Nagaur from Saturday to Sunday morning, while Hurda in Bhilwara recorded 215 mm rains.
Many other areas in Nagaur, Tonk, Jaipur, Bhilwara and Ajmer also recorded heavy to very heavy rains during this period. Sawaimadhopur, Vanasthali (Tonk), Chittorgarh, Ajmer, Kota and Dabok also recorded 38 mm, 27 mm, 23 mm, 16.2 mm, 7 mm and 6.2 mm rains till Sunday evening.
The water level in Ajmer’s Anasagar increased due to the rains and areas surrounding it were inundated. (PTI)