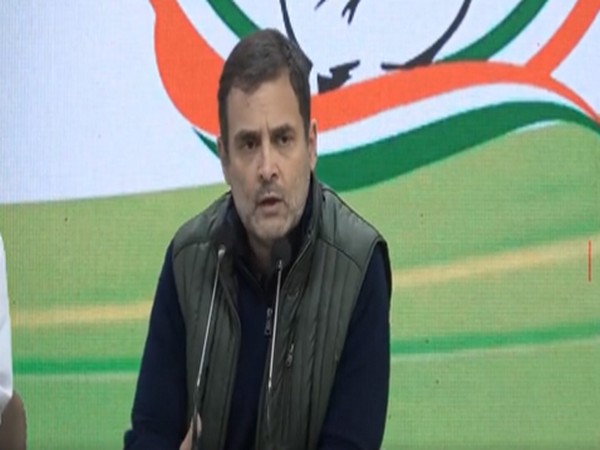 New Delhi , December : Several Congress MPs in Lok Sabha, including Rahul Gandhi, on Wednesday have moved an adjournment motion in the House over the Lakhimpur Kheri incident demanding the removal of Ajay Kumar Mishra as Minister of State (MoS) for Home Affairs. MOS Home Ajay Kumar Mishra’s son Ashish Mishra is involved in the Lakhimpur Kheri incident which took the lives of eight people including four farmers, earlier in October. In his letter to Secretary-General of Lok Sabha, Rahul Gandhi said, “I hereby give notice of my intention to ask for leave to move a motion for the adjournment of the business of the house for the purpose of discussing a definite matter of urgent importance namely: the UP Police SIT report has highlighted that massacre of farmers at Lakhimpur was a pre-planned conspiracy and not a negligent act.” “The SIT has recommended for the modification of the charges against all the accused. The Government should immediately sack the MoS Home Affairs, Ajay Kumar Mishra and ensure justice is delivered to the families of the victims,” the Wayanad MP stated in his letter. Congress in Lok Sabha Adhir Ranjan Chowdhury said, “Rahul Gandhi has given an adjournment motion notice in Lok Sabha over the Lakhimpur Kheri incident. We will demand that the Government sack the minister.”

“If PM Modi has even an iota of devotion for Ganga Mata, he must advise his minister (Ajay Misra Teni) to resign or he himself should decide and sack him. I think it will further enhance his image because he is working on an image makeover right now,” he added. Other than Rahul Gandhi, Congress Chief Whip in Lok Sabha K Suresh and Congres MP Manickam Tagore and Deepender Singh Hooda have also given the adjournment motion over the issue. K Suresh demanded MoS Home Ajay Misra “to step down immediately so that a fair investigation is carried out (in the Lakhimpur Kheri incident), culprits are brought to book, and farmers are delivered justice.” Suresh added, “Revelation of SIT that a planned conspiracy to murder farmers protesting in Tikunia (Lakhimpur Kheri) on 3 October and SIT seeking permission to book Ashish Mishra, is an expose of those behind the intentional attempt to murder protesting farmers.” On October 3, a vehicle allegedly crushed down farmers who were protesting against the farm laws. Reportedly, the vehicle belonged to Ashish, who is the son of Union MoS Ajay Mishra. Uttar Pradesh police have so far arrested three people including Ashish Mishra (Agencies)