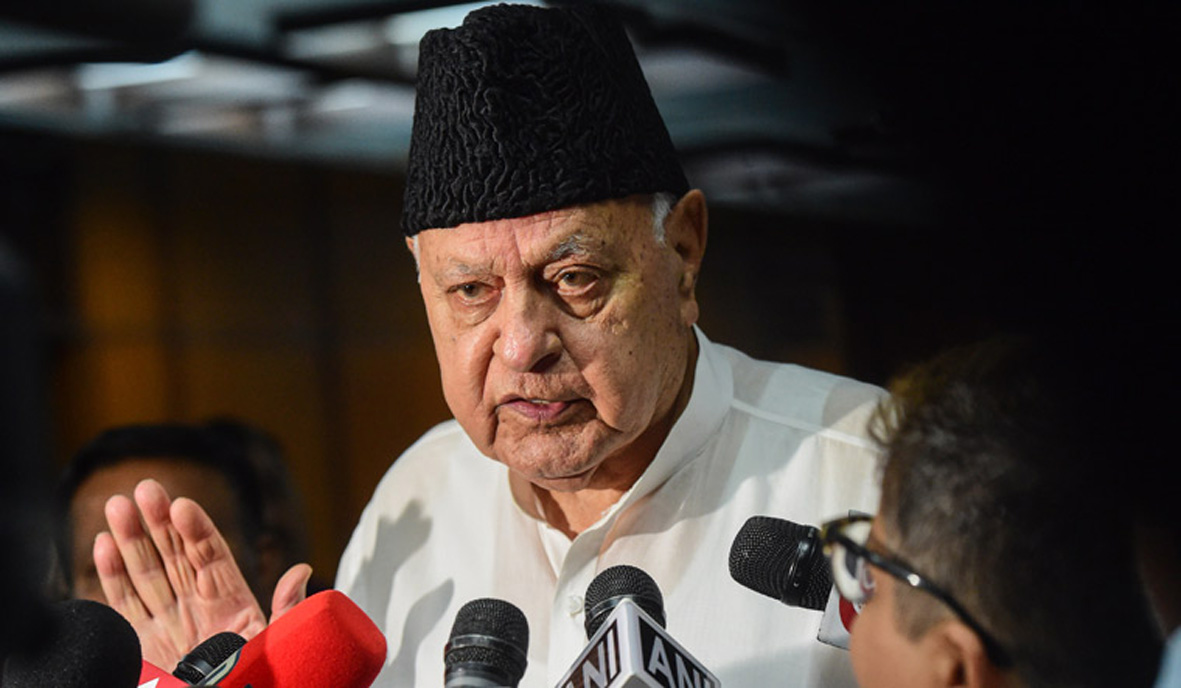 DE Web Desk
SRINAGAR, Jan 25: National Conference president Farooq Abdullah on Wednesday said the Congress leader Rahul Gandhi-led Bharat Jodo Yatra was meant to unite the country and was against hatred being sown between communities for electoral gains.
Stressing that people should unite for each other’s welfare, he said hate will only lead to misery.
“The aim of the Yatra is to unite the nation and break the (walls of) hatred. The message of this march is that unless we unite and think together for the welfare of each other, we cannot make the nation that our forefathers had dreamt of and given sacrifices for, ” Abdullah told reporters at Aushmuqam in Anantnag district.
The NC president was in the south Kashmir town to attend a condolence meeting.
Abdullah said hatred was being spread between communities in the country for “just winning the elections”.
“This approach will not take the nation and people towards prosperity, it will only lead to misery,” he added.
Referring to the exodus of Kashmiri Pandits three decades ago, the Lok Sabha member from Srinagar said he wanted them to return home with dignity in his lifetime.
“Our brothers had to leave this place. I wish the atmosphere turns conducive for their return to their homes with dignity and honor before i go to sleep, ” the 84-year-old added.