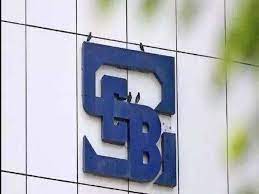 New Delhi, Jul 14:
Raghav Bahl and Ritu Kapur have paid nearly Rs 61 lakh to regulator Sebi, in order to settle a case pertaining to alleged fraudulent trading in the shares of PMC Fincorp Ltd.
It was alleged that Bahl and Kapur, by trading with other connected entities, created a misleading appearance of trading and manipulated the price of PMC Fincorp’s shares, the Securities and Exchange Board of India (Sebi) noted in a settlement order passed on Tuesday.
By doing so, they allegedly violated Prohibition of Fraudulent and Unfair Trade Practices norms.
The regulator had initiated adjudication proceedings pursuant to investigation in PMC Fincorp’s shares for the period from March 29, 2012 to March 31, 2015.
A show cause notice (SCN) was sent to Bahl and Kapur in July 2020.
Pending the proceedings, they filed a settlement application with the regulator.
The settlement terms were considered by the High Powered Advisory Committee and its recommendation were approved by a panel of the whole time members of Sebi, pursuant to which Raghav Bahl paid Rs 31.32 lakh and Ritu Kapur paid Rs 29.67 lakh towards settlement amount on June 17, 2021.
“It is hereby ordered that pending adjudication proceedings initiated against the Mr. Raghav Bahl (Noticee 1) and Ms. Ritu Kapur (Noticee 2) under the aforesaid SCN … Are hereby disposed of,” Sebi said. (PTI)