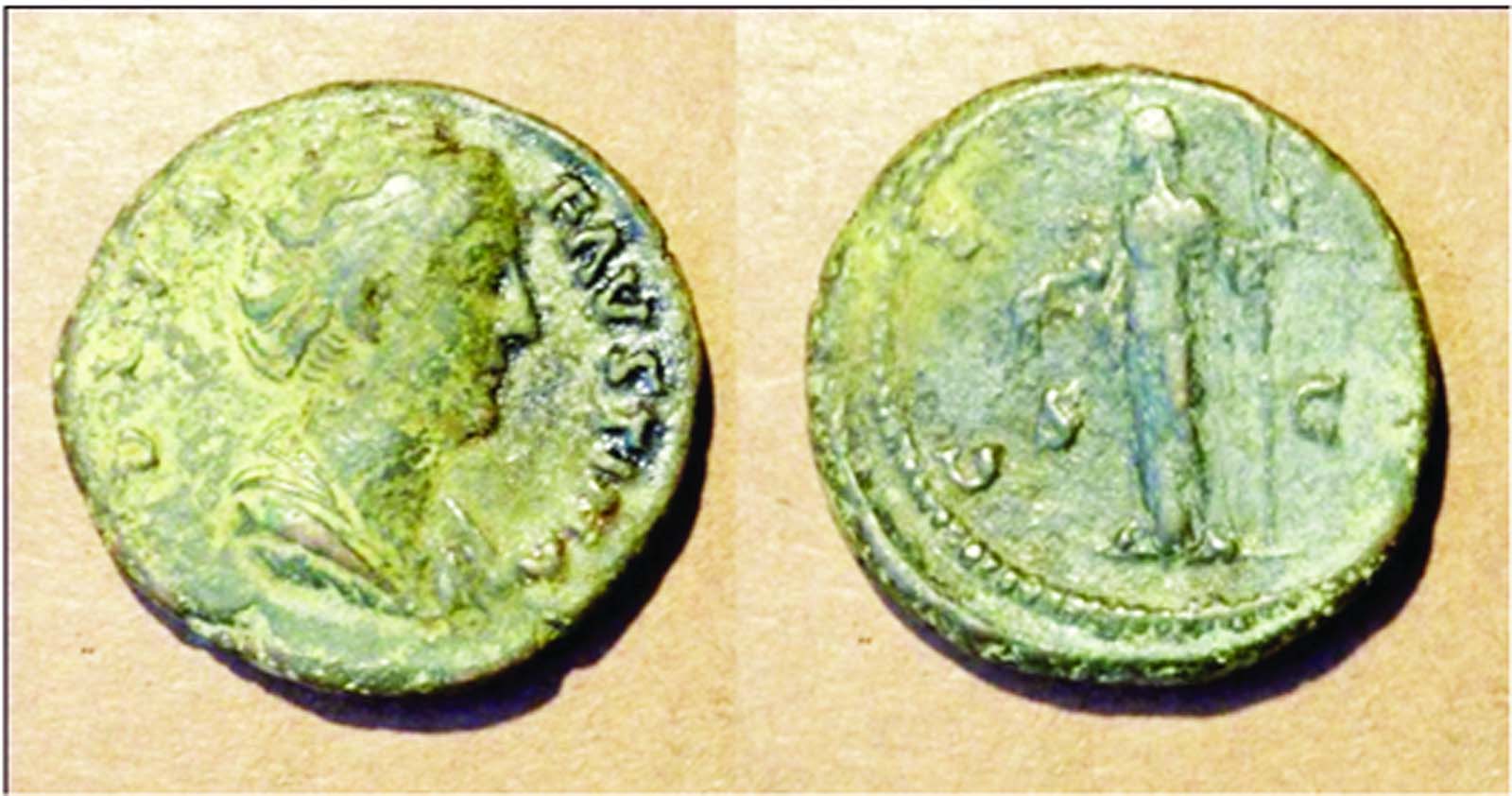 Iqbal Ahmad
In the ancient times there have been very few such women rulers who have been able to struck money in their name. The Roman and Greek princes have been first to issue their coins and place their names with their respective busts on their coins. Archaeologists have discovered hoards of such coins from the lands of the then vast ancient Roman and Greek empires. These coins are housed in various museums and numismatic collections of European and Asian countries, in fact several of such coins have also been found from the southern and northern lands of India. Most of these coins have also been studied and are recorded in the numismatic literatures. I have my self studied several of the Greek and Roman coins in SPS museum at Srinagar, which included the coins of Faustina I and Julia Mamaea, the Roman princes.
Annia Galeria Faustina ruled the ancient Roman Empire duing (161-180 AD). She is recorded as the first Roman queen to have issued coins in her name. She in the ancient roman accounts is recorded the daughter of Roman Emperor Antoninus Pius and Roman Empress Faustina the Elder. She was a Roman Empress and wife to her maternal cousin Roman Emperor Marcus Aurelius. She was held in high esteem by soldiers and her own husband as Augusta and mater Castrorum (‘Mother of the Camp’) and was given divine honors after her death. She is known to have issued coins in her name.
Julia Mamaea

Julia Avita Mamaea or Julia Mamaea was another Roman Queen who has struck his money. She is recorded as basically a Syrian noble woman and a Roman empress of the Severan dynasty. She was the mother of Roman emperor Alexander Severus and remained one of his chief advisors throughout his reign. She was killed in 235 by rebel soldiers along with her son. Following is the description of her coin
Similarly several Greek princes who included Agathocles have also issued her coins. Their coins have also been found and these days have become the zenith of several museums and other numismatic collections
In our local Kashmir traditions, Queen Didda was the first Kashmir Queen who had issued coins in her name. She is known to our history as Queen Didda. She is learnt to have ruled in 10th century AD and is more popularly known as Didda Rani.
She is recorded to have ascended the Kashmir throne in 981 AD and continued up to 1003 AD. She is widely known for her political and social achievements. She was daughter of one Lahura Raja Sinharaja and is recorded as married to one kashmeri Raja Ksemagupta. Ksemagupta is said to have plundered the famous Jayinder vihar and used its molten brass of Buddha image in costing of images for his own temple. The husband’s radical policies had no influence on her wife. The eventful rule of Didda is marked by glorious constructions. She was a secular ruler and treated her all subjects alike.
Besides founding several Vishnu Temples, she is said to have built a number of Buddhist Shrines. On the bank of Jehlum, Prof S L Shali writes, `she kept alive the old tradition of patronage to Buddhists; she built monasteries or Mathas and a Vihar for the abode of Kashmir students and foreign travelers’. Although all of his foundations could not be identified still, her two famous Buddhist Mathas are well identified.
The most glaring evidence is of a Matha, known after her as `Didda Matha’. It is believed to have been built at present day Diddamar, situated on the Right bank of river Jehlum near seventh bridge.
Didda had proved a successful Queen who remained to the last in possession of the Kashmir throne. She is also known as the first kashmeri queen who stuck coins in her name. She has got two series of coins at her credit one issued with her husband’s name bear the legend `Di-Kshemagupta”and other in her own name have provided space to her name as `Didda. Her coins are known in copper with legends in sharda which reads her name.

Didda has been the most successful queen of this land who is well mentioned in the chronicles. A number of ancient copper coins of Didda have been found in different villages and towns of Kashmir. On her coins she had displayed the motif of standing king on obverse and seated goddess on reverse. Several of her coins are learnt to have been preserved in SPS museum at Lalmandi Srinagar, Didda was not any outsider. She was a Kashmiri lady who became the first queen of this land. She is recorded to have enriched the Buddhist traditions of this land, her works and achievements as a Kashmiri queen are mentioned in the historical accounts of this land in its greater lengths.