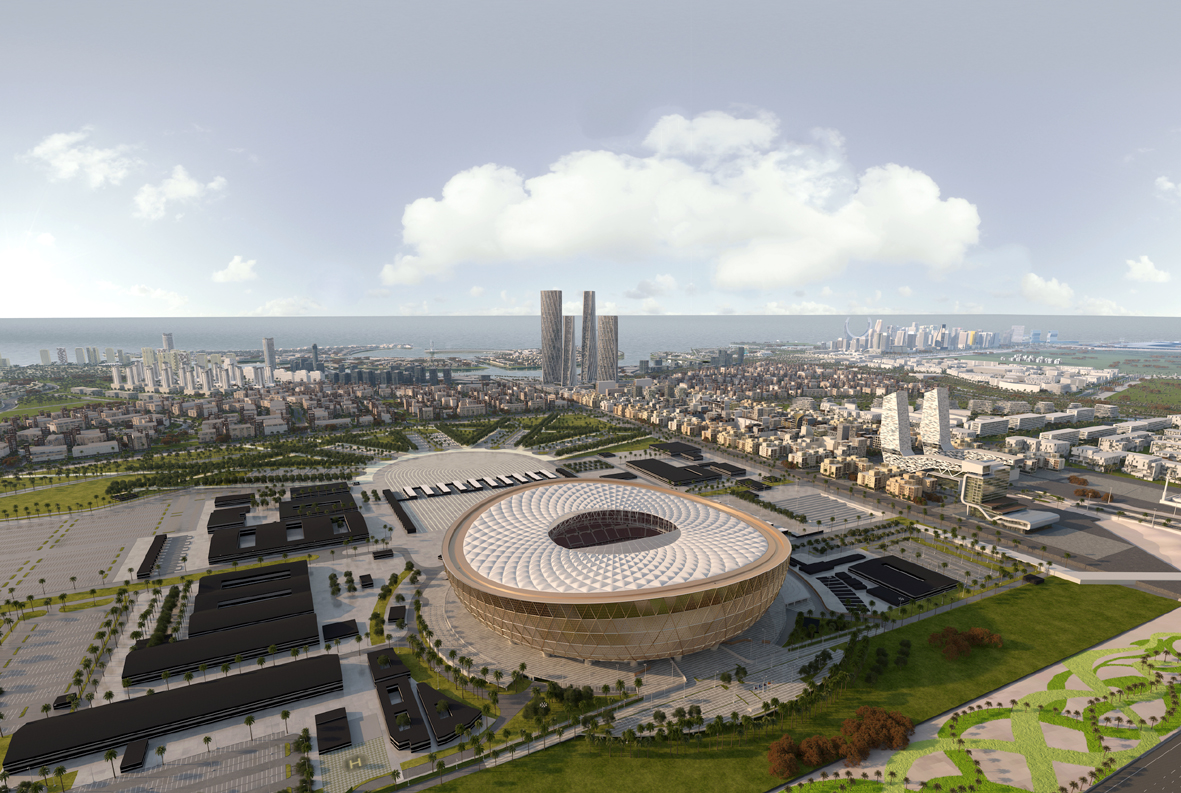 From outside, it looked like one unfinished structure. A mass of cargo containers stacked high. But as you go inside, almost by magic, it transforms into a magnificent stadium capable of seating 40,000 people. Known as Stadium 974, this is one of Qatar’s newest stadiums built for the upcoming FIFA World Cup 2022 being hosted by this tiny nation from west Asia (Middle East).
Refurbished, rebuilt or newly built, these eight stadiums are not only Qatar’s expression of its state of the art architectural capabilities but also how they have masterfully blended local culture and sustainability.
They have not only ensured use of sustainable measures during the construction but also how the built infrastructure can be repurposed or reused later on too, said one of the key officials of the Supreme Committee in charge.
Stadium 974 will be completely dismantled after the tournament and the set up donated to a nation who need help to build their sports infrastructure.
The stadium essentially takes its name from the 974 containers used here while 974 is also the international dialling code of Qatar. The stadium, located on the shores of the Gulf, opposite to capital Doha’s tony West Bay, is a reflection of the country’s maritime legacy and business. Hence the cargo containers. Similarly, all the other seven stadiums showcase leading aspects of Qatar. The Al Bayt Stadium located in Al Khor, north of Doha, appears to be housed in a giant tent, reminiscent of the tents used by the nomadic tribes. The Al Janoub Stadium located in the old fishing village of Al Wakrah is a reminder of the dhow boats used traditionally during the erstwhile pearl diving trade. Half the seats of these 40,000 capacity stadiums will be donated.
The Al Thumama Stadium is designed like the Gahfiya, a cap worn here and in other middle eastern countries. Here too, half of the seats will be removed and donated while the upper stands are likely to be converted to a boutique hotel. The FIFA World Cup 2022 finals will be played at the Lusail Stadium, located in the brand new city to the north of Doha. The design of this 80,000 capacity structure, is a reminder of the traditional motifs seen on ancient bowls and other vessels. According to plans, the Lusail Stadium will be repurposed for community usage, likely to include housing, a school, shops, a health clinic, etc.
Interestingly, with the stadiums located in different corners of this tiny nation, the football world cup is also a great opportunity for visitors to explore the culture and food of Qatar, go shopping in traditional souks to fine malls, and discover Qatar. (TWF)