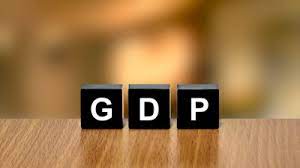 NEW DELHI, Sept 4: India’s GDP growth of 13.5 per cent in the April-June quarter of 2022-23 has turned out be a cause for ‘disappointment and concern’, as there was expectation of a bigger bounce back from the first quarter of last year when economic activity was crippled by the Delta wave of COVID-19, former RBI governor D Subbarao said on Sunday.
Subbarao added that risk factors for the country’s growth outlook in the short term include high commodity prices, possibility of a global recession, monetary tightening by the RBI and an uneven monsoon that could threaten crop output, especially of rice.
“The economy clocked growth of 13.5 per cent in the first quarter (April-June) of this fiscal year which would have been cause for celebration in any other circumstance.
“In the event, it’s turned out be a cause for disappointment and even concern,” he told PTI in an interview.
India’s economy expanded 13.5 per cent in the April-June quarter, the quickest pace in a year. As per the RBI’s estimates, the country’s GDP is expected to witness a growth of 7.2 per cent in the current financial year.
“Disappointment because there was expectation of a bigger bounce back from the first quarter of last year when economic activity was crippled by the Delta wave,” he said.
The GDP growth, though lower than the Reserve Bank of India (RBI) estimate of 16.2 per cent, was fuelled by consumption and signalled a revival of domestic demand, particularly in the services sector.
According to Subbarao, the GDP growth in the first quarter turned out to be a cause of concern because contrary to what the headline numbers indicate, there has in fact been a slowdown in the growth momentum which points to growth decelerating further in the quarters ahead.
Gross domestic product (GDP) growth of 13.5 per cent year-on-year compares to a 20.1 per cent expansion a year back and 4.09 per cent growth in the previous three months to March.
He observed that in order to get to USD 5 trillion over the next 4-5 years, India should be growing consistently at 8-9 per cent which requires us to be firing on all cylinders, but most of the country’s growth drivers are ebbing.
In 2019, Prime Minister Narendra Modi envisioned to make India a USD 5 trillion economy by 2024-25.
According to Subbarao, while private investment, which has been subdued for the last several years, has yet to take off, exports which drove the strong recovery last year are facing headwinds because of a global slowdown. Besides, raising public investment will be challenged by fiscal constraints.
“As a result, the sole engine that drove growth in the past quarter was private consumption which expanded robustly on account of the services sector reopening, but whether it can be sustained will depend on the benefits of growth going to the lower income segments of the population,” he argued.
To a query on weakening of the Indian rupee to a record low, Subbarao said the rupee has depreciated by about 7 per cent against the US dollar on account of capital outflows and a rising current account deficit.
Even so, the rupee has been more resilient compared to other emerging market currencies, as reflected in the broader 40 currency real effective exchange rate (REER) which is still over 100, Subbarao said.
“Rupee movement going forward will largely depend on commodity prices and financial conditions in the global economy, in particular the monetary policy stance of the US Federal Reserve,” he noted.
Asked what does rupee at 80 to a dollar mean for common Indians, he said depreciation will bring in imported inflation but it will also be expansionary in the sense that it will provide support for exports.
“The challenge for policymakers is to determine to what extent the rupee should be allowed to be a shock absorber given these conflicting objectives,” he added.
Responding to a question on the widening trade deficit, he said while export prospects will be dented by the global slowdown, the import bill will remain elevated because of high commodity prices.
“It’s axiomatic that narrowing the trade deficit will require us to raise our exports and reduce our imports,” Subbarao said, but added that this should not mean going back to the protectionist regime of the pre-reform era.
The merchandise trade deficit has been widening month on month with a record high of USD 31 billion in July, up from USD 29 billion in June, driven by falling export growth and sticky imports.
While noting that the production linked incentive (PLI) scheme is a big incentive for exports and the government should expand the sectors covered by PLI cautiously based on experience gained, he said further export incentives beyond the PLI will be inadvisable as they will breed inefficiency, besides being costly. (PTI)