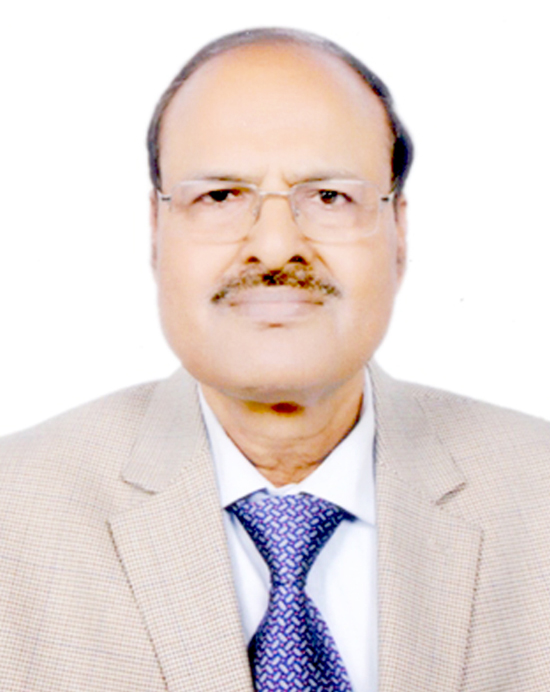 Excelsior Correspondent
JAMMU, Aug 6: Prof Ravindra Kumar Sinha today took over as new Vice-Chancellor of Shri Mata Vaishno Devi University (SMVDU), Katra.
He assumed the charge of Vice-Chancellor from Prof D Mukhopadhyay, Dean Faculty of Management SMVDU, who was assigned the charge of Acting VC on sudden resignation of then VC, Dr Sanjay Jain on April 12, 2019, notwithstanding an extension of two years to him in March last.
65-year old Padma Shri awardee Prof Ravindra Kumar Sinha has been appointed as Vice-Chancellor of SMVDU for a tenure of three years.
Popularly known as Dolphin Man of India because of his work on Ganga River Dolphins, Prof Sinha was presently Vice- Chancellor of the Nalanda Open University, Patna. He is an international acclaimed scientist and Nature conservationist. He was appointed as MHRD nominee of the first Academic Council of the Central University of Bihar in 2009; Professor and Head of the Centre for Environmental Sciences of the Central University of Bihar. He also held the positions of Head of the University Department of Zoology, Patna university, expert member of the National Ganga River Basin Authority under the chairmanship of Prime Minister, Member Working Group of Planning Commission of India on Rivers, Lakes and aquifers for the Environment & Forest sector for the 11th five year Plan ( 2007-2012); Member of the Cetacean Specialist group of the Species Survival Commission of the IUCN since 1994; elected Chairman of the Asian River Dolphin Committee, Member of the International Congress of Ecology, USA, etc.
He has worked in collaboration with the scientists of USA, UK, Japan, China, Germany, Canada, Colombia and other countries. He has to his credit 119 research papers in nationally and internationally reputed journals and six books.
He has served as Visiting Professor at Wadsworth Centre of Health and State University of New York at Albbany, New York, USA. He is elected Fellow of the Linnean Society of London.