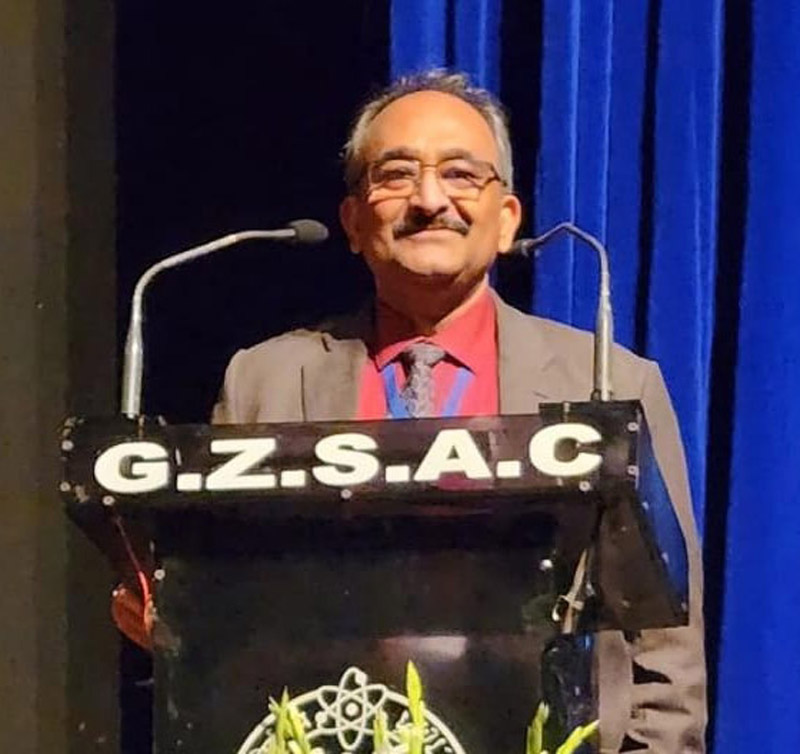 Excelsior Correspondent
JAMMU, Nov 30: Professor Rajni Kant, Dean Research Studies and Dean Faculty of Sciences, University of Jammu (JU) has been elected national president of Indian Crystallographic Association.
He was elected for the coveted post for a period of three years starting from December 2022-2025, during annual general body of the Association. It is a historic moment for the University of Jammu to have Prof Rajni Kant at the national position which once remained occupied by Prof Krishan Lal (former president-INSA), Prof M Vijayan (former president-INSA), Dr Shekhar C Mande (former DG-CSIR), Prof TP Singh (Research Professor of DST-SERB, AIIMS New Delhi) and many more of similar stature.
Meanwhile, the 49th National Seminar on Crystallographic organized by the Department of Physics, JU in collaboration with the national committee on crystallography for Indian Act Science Academy (INSA) and the international union of Crystallography concluded today at General Zorawar Singh, Auditorium. The Seminar was inaugurated by Prof Umesh Rai, Vice-Chancellor JU, Prof JP Singh and Dr Shekhar C Mande (former DG-CSIR).
Over 175 research presentations were made during the course of the three-day seminar and various important resolutions and recommendations were made and the most important was the constitution of a national commission on Crystallographic teaching in colleges & schools so that such a vital component of materials research becomes popular amongst the students at the +2 and +3 level.
The Seminar saw participation from almost all state universities, Central Universities, IITs, NITs and various national laboratories.