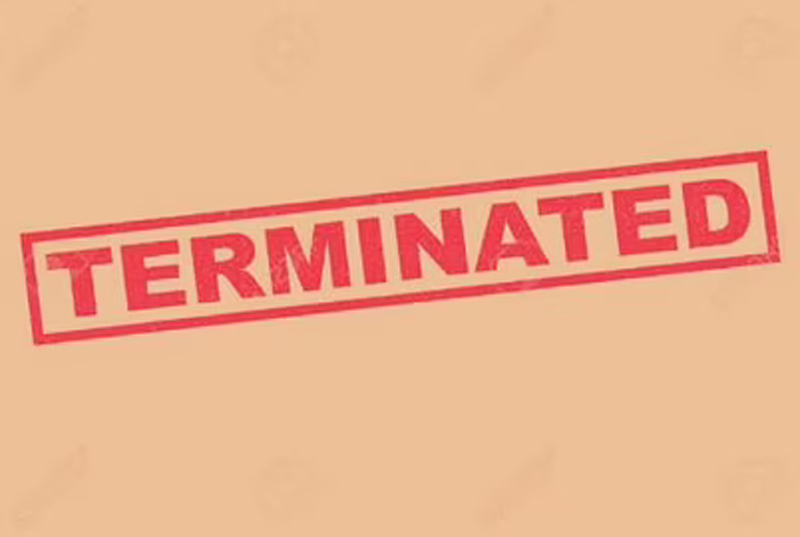 Srinagar, May 13: The Government today terminated three employees including a Professor of University of Kashimr from their services for links with the militancy and ‘in the interest of the security of the UT.

Altaf Hussain Pandit, Professor in Chemistry Department at University of Kashmir was among the three employees terminated by the Government. As per police dossier, he was a Pakistani trained militant of Jammu and Kashmir Liberation Front. “He was an active militant for three years and was arrested by the security forces in 1993 and was later released. He was appointed as Professor in the Department of Chemistry in University of Kashmir in 1998,” the dossier read.
“He was instrumental in organizing stone-pelting and violent protests against the killing of militants in 2011 and 2014. In 2015, he became an executive member of the Kashmir University Teachers Association and allegedly used the position to propagate secessionism among students. He also motivated students to join militancy”, read the dossier.
Another employee Mohammad Maqbool Hajam, Teacher of School Education Department in Kupwara, as per police dossier, was a chronic stone pelter. “Five FIRs are registered against him in Kupwara for stone pelting and other law and order cases. He was also booked under PSA in 2016”, the dossier read.
“He was Over Ground Worker of militants who used to radicalize people. He was part of a mob which attacked a Police Station in Sogam and other Government buildings. Despite being a government teacher, he was always found involved in anti-national activities”, the dossier said.
A Selection Grade Constable Ghulam Rasool working in Jammu and Kashmir Police was also terminated for his links with Hizbul Mujahideen. “He was in touch with Mushtaq Ahmad alias Aurangzeb, a Pakistan based militant. He was passing information about anti-militancy operations to the militants and movement of the security forces”, read the dossier.
Principal Secretary to the Government for General Administration Department (GAD) in this regard issued three separate orders.
In one of the orders, the Government said that the Lieutenant Governor is satisfied after considering the facts and circumstances of the case and on the basis of the information available, that the activities of Ghulam Rasool, SgCt of JK Police are such as to warrant his dismissal from service.
“The Lieutenant Governor is satisfied under sub-clause (c) of the proviso to clause (2) of Article 311 of the Constitution of India that in the interest of the security of the UT, it is not expedient to hold an enquiry in the case and accordingly is dismissed from service with immediate effect,” it read.
In two other separate orders, GAD terminated Mohd Maqbool Hajam, Teacher of School Education Department and Altaf Hussain Pandit, Professor in Chemistry Department at University of Kashmir.