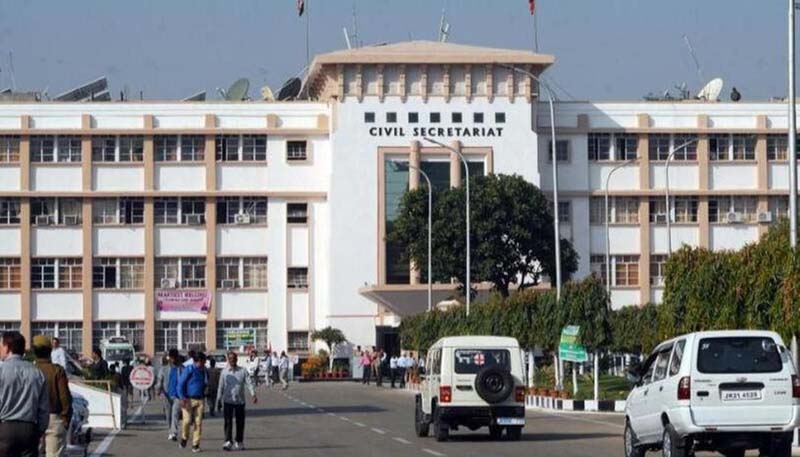 Mohinder Verma
JAMMU, June 9: An open Government, which is the cherished objective of the Right to Information Act, can be realized only when all the public offices comply with proactive disclosure norms. Moreover, there is a dire need to create mechanism to receive applications during the Darbar Move from Jammu to Srinagar and vice-versa.
This has been conveyed by the Chief Information Commissioner Y K Sinha to the Public Authorities of the Government of Union Territory of Jammu and Kashmir while dealing with complaints filed by the information seeker.
In one complaint before the Central Information Commission, it was submitted that in the year 2019 applicant had sought information about implementation of Section 4 of the RTI Act in the office of the Deputy Commissioner Baramulla and Sub-Division Uri and details of funds allocated and utilized.
Having not received any information from the CPIO, the appellant filed a First Appeal dated September 5, 2019 but the same remained unheard. Feeling aggrieved over non receipt of the information, the appellant approached the Commission with the Second Appeal. During the pendency of Second Appeal, the appellant received the information but when the Second Appeal was taken up by the Commission, he submitted that had there been a timely compliance of Section 4 (1) (b) and public dissemination of information, he would not have been compelled to file the RTI application.
After hearing both the parties and on perusal of the available records, the Chief Information Commissioner observed, “although satisfactory information is provided to the appellant, efforts should be made to create a robust mechanism for disclosing such information at the Sub-Divisional Magistrate (SDM) level in the Union Territory of Jammu and Kashmir through internet either on the website of Deputy Commissioners or through creation of separate websites for each Sub Division in the larger public interest”.
“Suo motu disclosure of permissible information is an important facet of the RTI mechanism aimed to ensure that as much information is disclosed suo-motu to the public at regular intervals through various means of communications, including the internet, so that the public need not resort to the filing of RTI applications”, the Commission said, adding “an open Government, which is the cherished objective of the RTI Act, can be realised only if all the public offices comply with proactive disclosure norms”.
Section 4 of the RTI Act states: “It shall be a constant endeavour of every Public Authority to take steps to provide information suo motu to the public at regular intervals through various means of communications, including internet, so that the public have minimum resort to the use of this Act to obtain information”.
In another complaint before the Commission, it was submitted that an application under RTI Act was filed before the PIO of the J&K Pollution Control Board seeking information about the officials going to move to Jammu from Srinagar for annual Darbar Move 2020-21 and those who will stay in Srinagar, travel expenses of the employees and inspection of files and relevant documents under Section 2(j)(i) of RTI Act, 2005. But the applicant was not given the information.
The representatives of the Pollution Control Board submitted before the Commission that since the application was filed when their office was closed on account of the Darbar Move to Jammu, the same was not accepted and replied.
However, subsequently an identical RTI application was received by them from the complainant as well as the General Administration Department and was replied accordingly.
“In order to facilitate information seekers, the Commission advises the Public Authorities in the J&K UT to establish a mechanism to receive RTI applications filed during the Darbar Move and make efforts to send a provisional/ interim reply in case the information is not readily available”, the Chief Information Commissioner said.