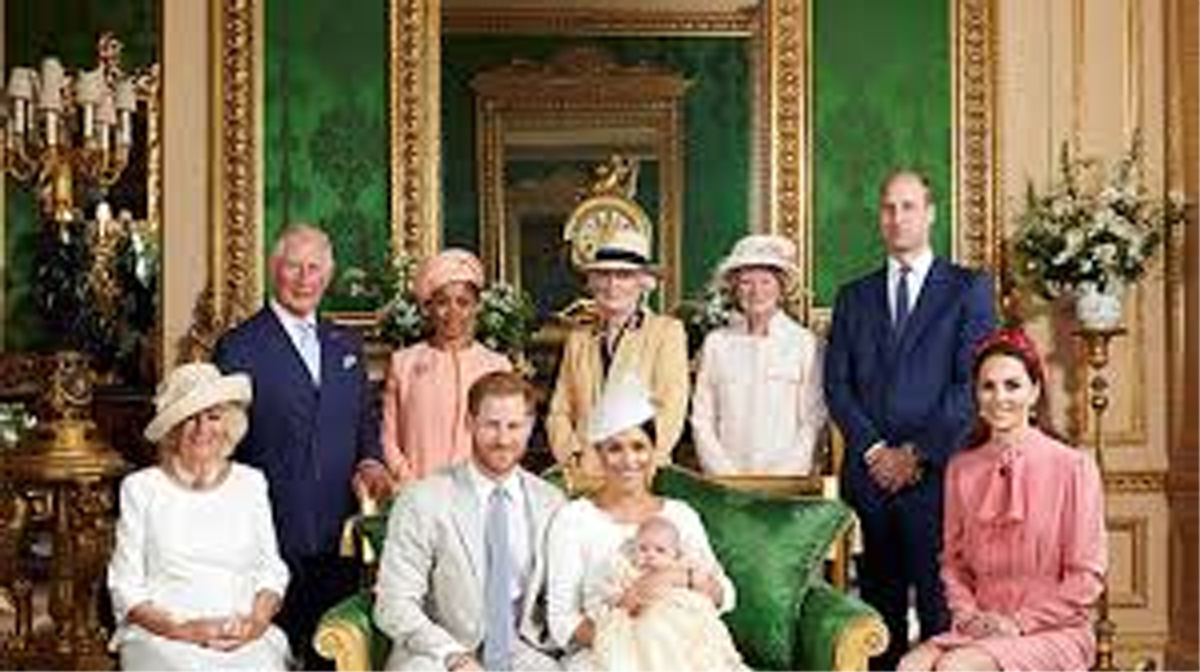 LONDON, July 7: Prince Harry and Meghan’s baby son Archie was on Saturday christened in the chapel at Windsor Castle in a private ceremony following his birth in early May.

The couple’s first child — who is seventh in line to the British throne — wore a handmade replica of the royal christening robe, which was made in 1841 for the christening of Queen Victoria.

The replica has been worn by royal infants at christenings for the last 11 years.

Archbishop of Canterbury Justin Welby baptised the two-month-old using water from the River Jordan and the silver Lily Font, a royal heirloom, in accordance with tradition.

The Duke and Duchess of Sussex released two photographs of them with Archie on their social media accounts, showing his face for the first time.

In one picture, they are surrounded by close family while in the other the couple are cradling him.

Meghan’s mother Doria Ragland, Harry’s brother William and his wife Kate, and their father Prince Charles and his wife Camilla, all posed in the picture.

The sisters of the late Diana, Princess of Wales — Harry and William’s mother — also attended and featured in the family photo.

The names of Archie’s godparents were not released by Harry and Meghan and remain a mystery. (AGENCIES)