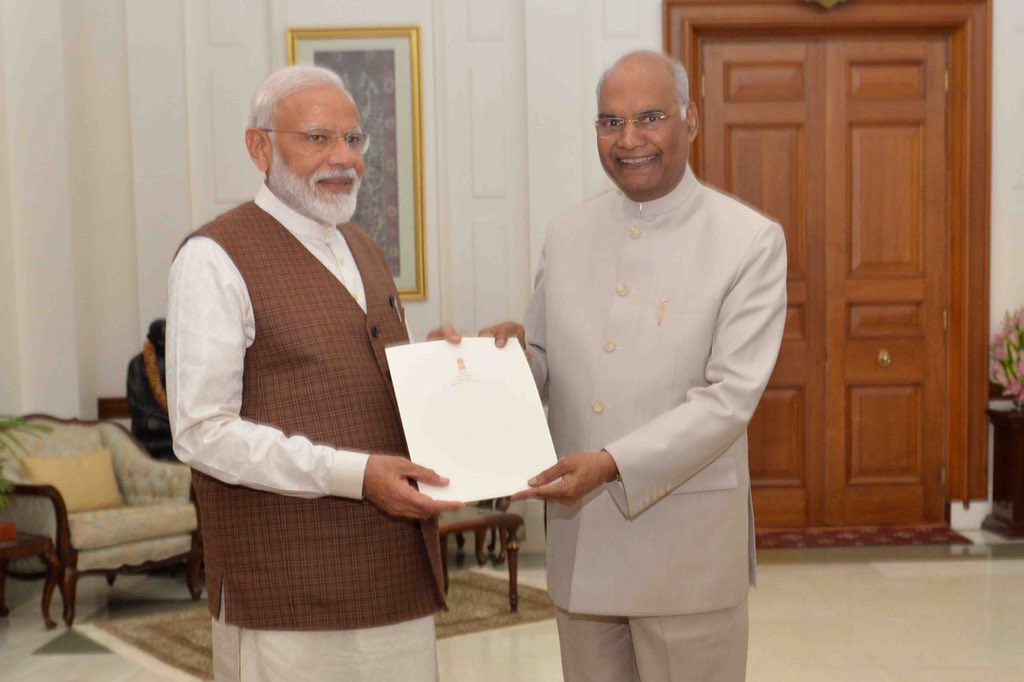 A Rashtrapati Bhavan communique said – “Exercising powers vested in him under Article 75 (1) of the Constitution of India, President Kovind, today appointed Narendra Modi to the office of Prime Minister of India”.

President also asked Mr Modi to advise him about the names of others to be appointed as members of the Union Council of Ministers; and indicate the date and time of the swearing-in-ceremony to be held at Rashtrapati Bhavan. (AGENCIES)