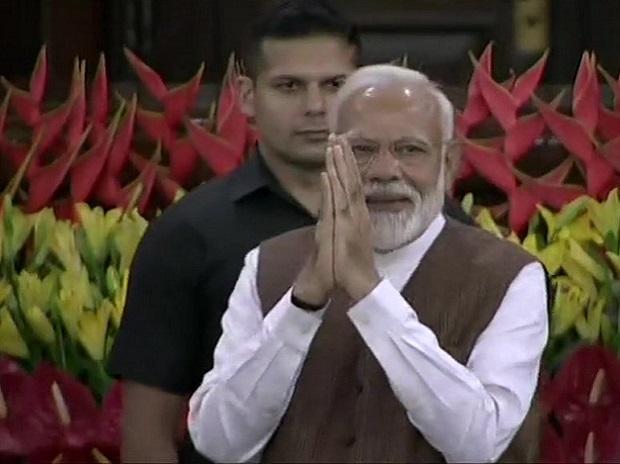 Mr Modi met President and staked claim after BJP chief Amit Shah and other NDA leaders handed over a letter of support to President Kovind.