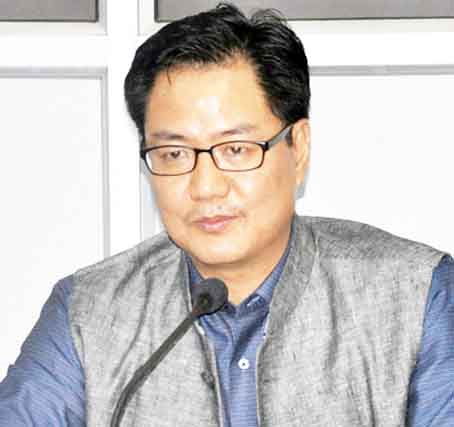 The Minister of State for Home Affairs stated this after reviewing the passing out parade of 789 CISF woman cadets at their Regional Training Centre at Arakkonam, about 70 km from here.

Congratulating the cadets for their high standard of parade, he urged them to prepare for emerging challenges posed by new forms of terrorism and insurgency.

Rijiju highlighted the growing reputation of CISF as a highly professional force measuring upto the expectations of the people and on the growing role of the force in the changing security scenario.

The Minister said effective utilisation of technology by CISF at airports and Delhi metro had not only improved security, but also provided satisfaction to passengers. (AGENCIES)