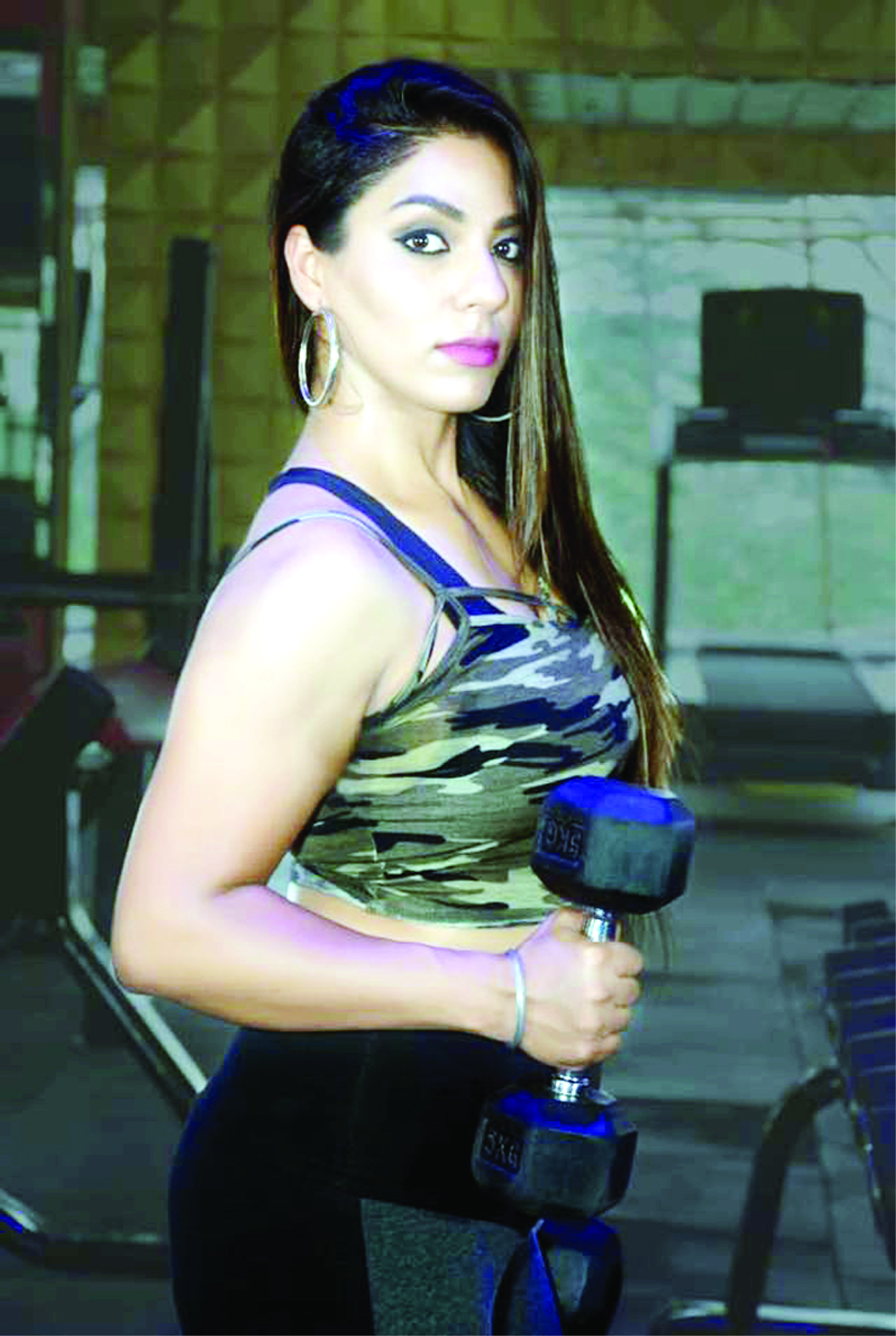 Malvi Gupta is an athlete, fashion designer, model and actor, born and raised in the middle class family of Neeraj Gupta and Poonam Gupta. she has dedicated her life for the promotion of fitness in the state. With her interest in fitness, Malvi Gupta is working hard for the last three years to promote fitness among the youth of Jammu. The dedication and sincerity of this fitness lover is evident from the fact that she has won many awards at State and National level competitions and is tirelessly working hard for her future competitions. When most of the girls hardly get time for their fitness and have occupied themselves in household works, Malvi on the contrary has decided to keep herself fit by joining Powerlifting . In the starting, she faced many problems but she did not lose interest and with a strong will and dedication, she has won many titles within a short span of time like Best Lifter in J&K State Powerlifting and Deadlift Championship (unequipped), 2017, Gold Medal for the best lifter in J&K State Powerlifting Championship (Deadlift) 2018, Participation in Senior National Powerlifting and Deadlift Championship held at Allepey, Kerela, 2017, Bronze medal at the North India Powerlifting Championship held at Samrala, Punjab, 2017, 1st place in Fashion Designing (2014), Selected for Senior National Powerlifting and Deadlift Championship (unequipped) which is going to be held in Lucknow, U.P, Overall Champion in J&K State Powerlifting and Deadlift Championship 2017. She has provided an ethical and ideal concept of service that is only found at top most levels of sports. As an ideal mentor, she is not only credited with guiding students in the field of fitness but also inculcating the feeling of compassion and highest standards of honesty and integrity.
Facing initial hitches from people who tried to create obstructions on her way, Gupta was able to convince a large part of those having even little interest in Powerlifting that the fitness can do wonders with their career in India and abroad . Gupta has been giving answers to her critics with her work and not with mouth.
Malvi says,” fitness is very important now-a-days. When my health started to deteriorate then I decided to enter fitness club and wanted to set example for others. It became obvious that I needed a lifestyle change, so I made a commitment to myself to become a stronger person.” She further says that if I can start working hard and it will give me more confidence and it is going to help me to build my esteem. Every day when I wake up , I know that I can personally be better than who and what I am. Before my workouts, I go through various levels of anxiety and nervousness, but once I get going, those feelings go away.
Thoughts of, maybe I am not good enough or ‘strong enough,’ start to creep in but I do not let that consume me.” She added that apart from fitness I love designing too , I keep updated myself with the latest fashion trends ”
“My journey of fitness was not smooth but marked by twists and turns. The credit of my success goes to my parents, coach, brother and sister-in-law who supported me in my odd times and they all are the big inspiration to me
It is worthwhile to mention that Malvi has been selected for Senior National Powerlifting and Deadlift Championship which is going to be held in Lucknow, U.P. She also runs her own fitness programs through social media.