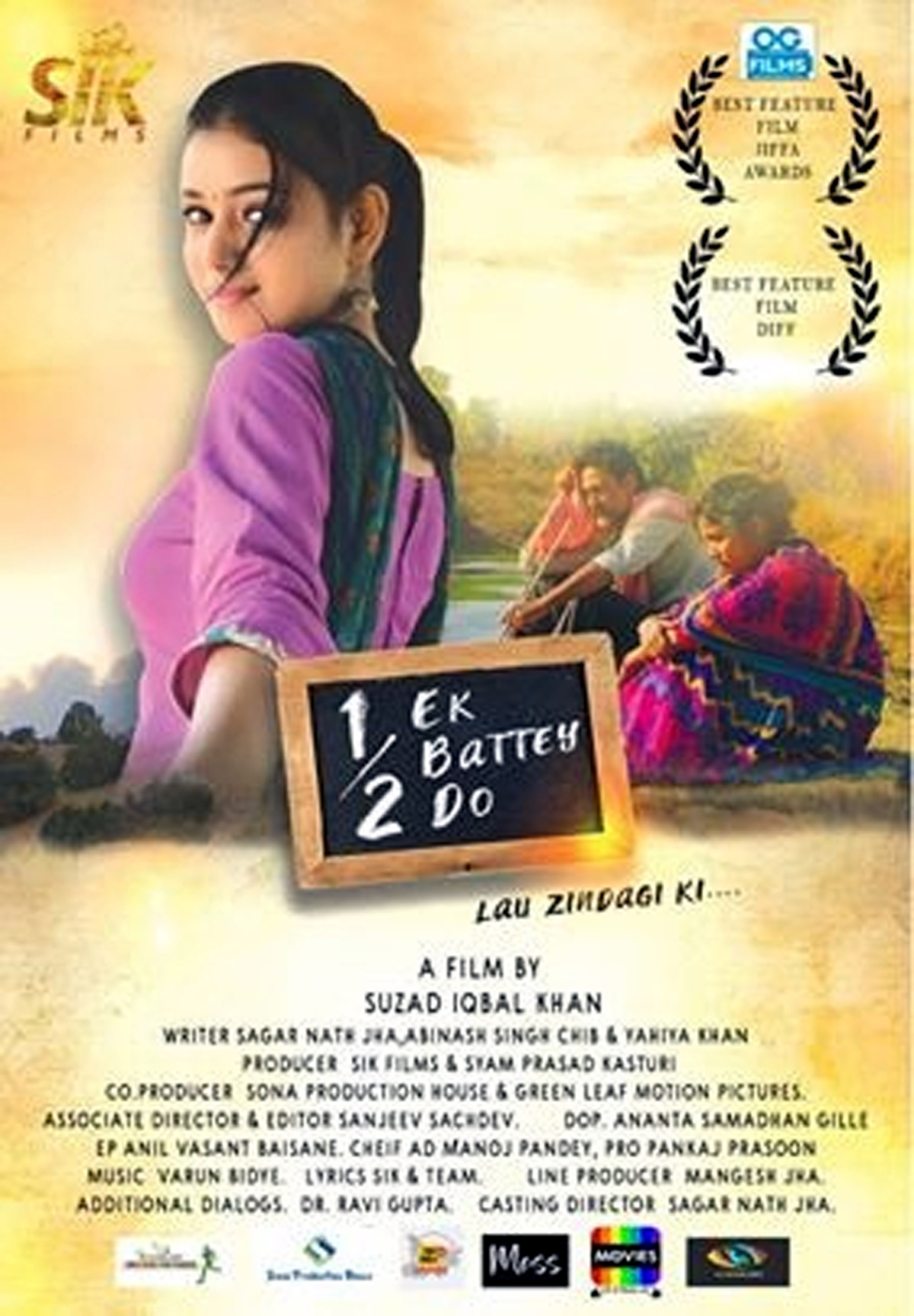 Excelsior Correspondent
JAMMU, May 15: Poster of Hindi film ‘Ek Batte Do’ directed by son of the soil, Suzad Iqbal Khan has been released in Bani area of J&K amidst the ongoing nationwide lockdown.
A handout stated that the film is based on women empowerment and life of tribals of Jharkhand.
In a telephonic conversation with Excelsior, Khan said that the film is a story of an ordinary girl groomed by tribals in Jharkhand.
Sagar Nath Jha, writer of story of the film was also present at Khan’s home in Bani during the release of the poster of film ‘Ek Batte Do’.
“Prime Minister, Narendra Modi’s appeal of social distancing was honoured during the release of the poster,” Khan said adding that the poster was released by his mother Suraiya Bano.
The Director also informed that the film will be released on a famous OTT platform on June 5 and profits from the film will be spent on the education of children and women of Hundru village, Ranchi.
“The film was shot in Ranchi and Jonha Fall, Jonha Village and Hundru Village and it won the Best Feature Film Award at Jharkhand International Film Festival Awards,” Khan said.
Lead actors of the film are Ambareesh Saxena, Monika Chaudhary, Neha Solanki, Avinash Kumar, Pankaj Gupta, Chandra Shekhar Dutta, Pooja Jha, Govind Pathak, Pankaj Singh, Mangesh Jha, Ritesh Vyas and Riju Munda.
The film is written by Sagar Nath Jha, Avinash Singh Chiv and Yahia Khan.
The film is produced under the banner of SIK FILMS and Originate Films Production. The co-producers are Sona Production House and Greenleaf Motion Pictures.

Abolition of interview to check malpractices in recruitment: Dr Jitendra

DB seeks details regarding conduct of Amarnath Yatra amid COVID-19