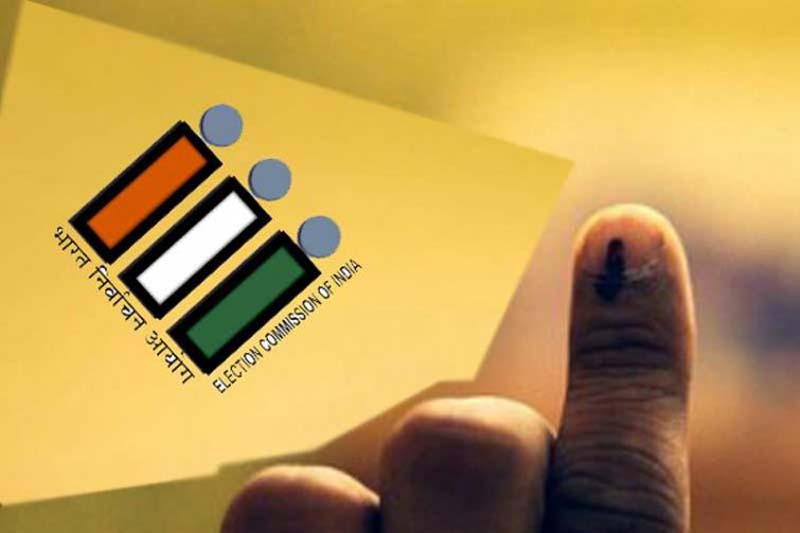 Mohinder Verma
JAMMU, Apr 18: Generally, the Government servants remain reluctant to pay visit to those areas of Kishtwar which have boundaries touching Kargil district and parts of neighbouring State of Himachal Pradesh to redress people’s grievances but it is essence of the democracy that they braved inhospitable weather and inaccessible terrain to reach there to facilitate participation of common masses in the electoral battle, which took place with much vigour today.
The reluctance on the part of the Government servants to perform routine duties in these remotest corners of the Kishtwar district is mainly because of lack of road connectivity and other basic amenities, which common masses are grappling with during the past many decades.
Despite immense difficulties in their day-to-day life, the people of these areas overwhelmingly participated in the battle of ballot with the hope that inclusive development of their respective areas would not remain distant dream anymore and they would start tasting all the fruits of development.
In order to ensure that people of such areas don’t remain deprived of at least their democratic right, on one side Election Commission of India through Chief Electoral Officer J&K and Kishtwar district administration left no stone unturned to make all possible arrangements and on the other side Government servants willingly or unwillingly visited these areas by braving inhospitable weather and inaccessible terrain to make carnival of democracy a successful event.
As per the official figures, over 250 polling personnel reached 50 Polling Stations established in extreme corners of Marwah, Warwan, Padder and other adjoining areas by covering up to 32 kilometres distance on foot from last road point/helipad and then stayed in the inaccessible areas since yesterday afternoon to play their role in the holding of major democratic exercise today.
To reach Polling Station in Lossain, which is situated in the terrain having boundaries with Zanskar area of Kargil district, the polling parties had to cover 26 kilometres distance on foot along with the Electronic Voting Machines (EVMs) from Massu onwards. Similarly, to reach Polling Stations in Sukhnie and Afti, which are situated in the areas having boundaries with Kargil and extreme corners of Anantnag, the polling parties covered 32 kilometers and 7 kilometres distance respectively on foot from Inshan helipad.
The polling parties also had to face immense difficulties in reaching Chitoh and Tun Polling Stations, which are situated close to the borders of the neighbouring State of Himachal Pradesh. They covered more than 12 kilometres distance on foot from Sohal to facilitate people to exercise their franchise.
The other Polling Stations which were reached by the polling parties after covering more than 10 kilometres distance on foot from last road point/helipad are Chishoti, Machail, Hamouri, Hanzal, Dherna, Ranaie, Zabban, Ongaie, Hakoo, Margi, Basmeena, Gumri, Rikanwas, Kuziz, Kither, Shandri, Nagbhatna, Akra and Prishmulla.
As per the reports, several remotest corners of the Kishtwar district are still snow bound and even experienced fresh snowfall or rainfall during the past three days as a result of which temperature plummeted further causing more difficulties for the polling parties to reach Polling Stations well within the time-frame fixed by the District Election Officer Angrez Singh Rana keeping as per the guidelines of the Election Commission of India.
“Had road connectivity been provided to these remotest corners of the Kishtwar district not only we had to face immense difficulties in reaching the Polling Stations even these hapless people would have started tasting the fruits of development”, some of the Government servants, who were members of the polling parties, said on the condition of anonymity, adding “these people can have all basic amenities of life only when connectivity issue is resolved”.
As per the reports, there was lot of enthusiasm among the people of these remotest corners of the district about participation in the electoral battle and they voted with the hope that their grievances would start receiving due attention from whichever Government comes to power at Centre after the elections.
“For them political affiliation doesn’t assume importance and all what they are craving for is inclusive development so that they can lead a better life”, said some Government officials, who are well versed with the difficulties of these people.