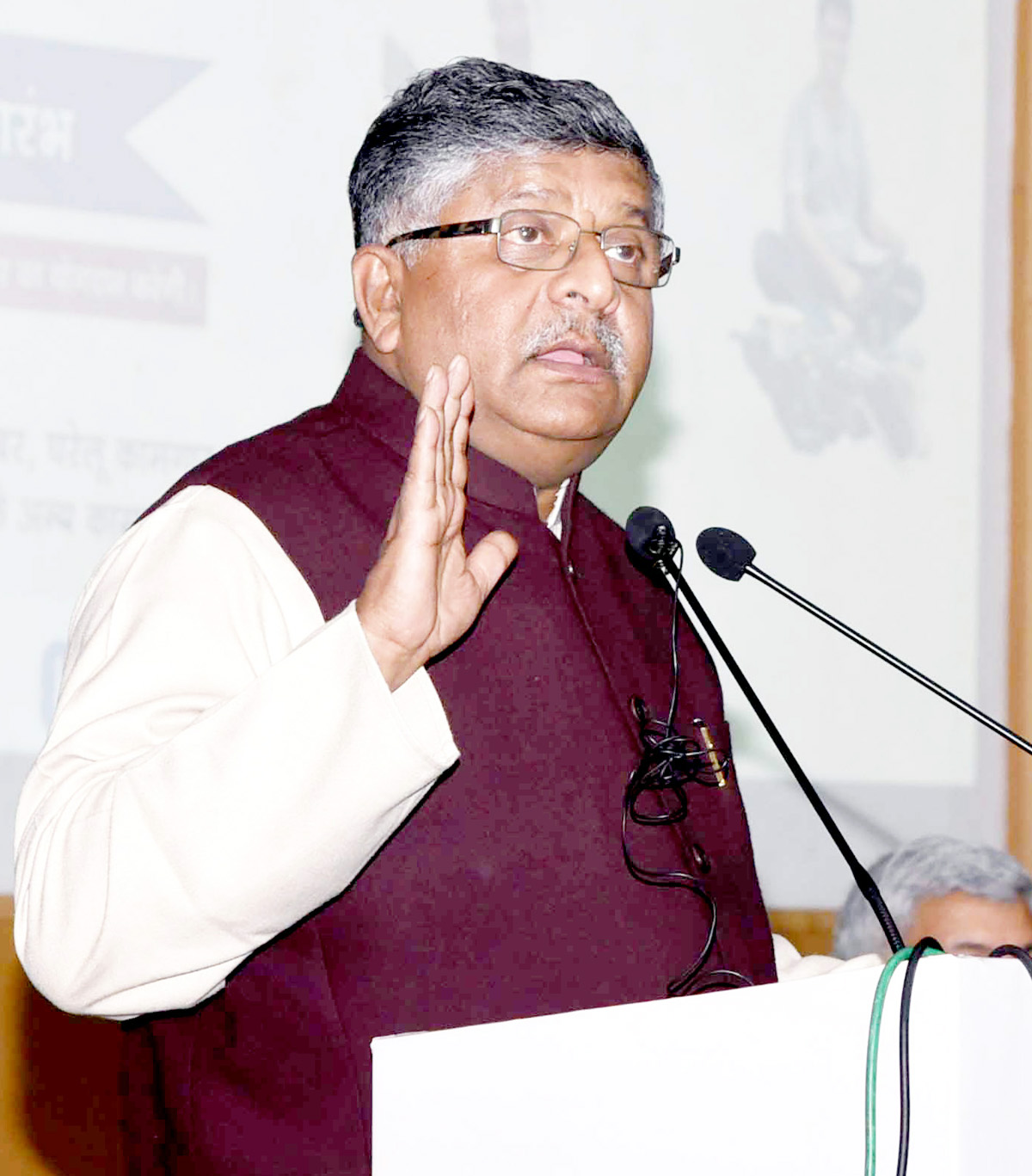 NEW DELHI, Mar 5: The numbers of subscribers for Pradhan Mantri Shram Yogi Maan-Dhan (PM-SYM), which provides assured monthly pension of Rs 3,000 to informal workers, would soon cross one crore mark, Law Minister Ravi Shankar Prasad said Tuesday.
According to the labour ministry portal, as many as 10.95 lakh workers have already subscribed to the pension scheme. As many as 2.36 lakh common service centres are facilitating subscription of the scheme across 36 states in the country.
The scheme was announced in the interim Budget by Finance Minister Piyush Goyal, providing Rs 527 crore for the scheme. It was made available for subscription to informal sector workers on February 15, 2019.
Prasad expressed hope that the country wide launch of the scheme will help in encouraging more and more unorganised sector workers to subscribe the plan.
He was addressing at a state level function to launch the PM-SYM in the presence of Foreign Minister Sushma Swaraj and Environment Minister Harsh Vardhan. Earlier in the day, Prime Minister Narendra Modi has announced national launch of the scheme in a function in Ahemdabad on Tuesday.
After launching the scheme Modi said: “This scheme is aimed at uplift of the section of society which has been ignored and left at the mercy of God. They (Congress) gave slogans of garibi hatao (end poverty). Some projected themselves as messiah of workers. But during their tenure they did not launch such a scheme”.
“They ruled the country for 55 years and collected votes in the name of poor.
“They thought that poverty is a mental state. See how is this neta who says that there is nothing like poverty but a mental state,” the Prime Minister said.
“For them poverty is just an opportunity to click pictures. Only those oblivious to sleeping hungry even for one night can think that it is a state of mind,” Modi said in an obvious reference to Gandhi’s 2013 statement that poverty is a state of mind.
“What they could not do in 55 years, this ‘chaiwala’ did in 55 months by bringing such a scheme,” he added. (PTI)