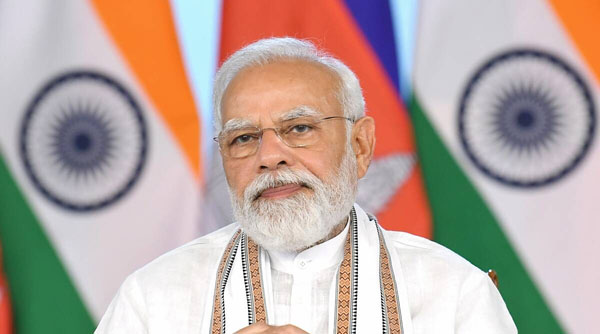 JAMMU, Dec 4: Prime Minister Narendra Modi will inaugurate and BJP national president JP Nadda will preside over two-day national office bearers’ meeting in New Delhi beginning tomorrow which among others will also be attended by presidents and general secretaries (Organizations) of all States and Union Territories.
BJP national general secretary (Incharge Jammu and Kashmir and Ladakh) Tarun Chugh, Narinder Singh, national secretary, Co-Incharge J&K Ashish Sood, J&K UT chief Ravinder Raina and general secretary (Organizations) Ashok Koul will also attend the meeting, insiders told the Excelsior.
While Karnataka, Madhya Pradesh, Rajasthan and Chhattisgarh are due to go to polls next year besides three North-Eastern States, it remains to be seen whether Jammu and Kashmir where the exercise for delimitation of Assembly constituencies and revision of electoral rolls has been completed will see Assembly elections in 2023 or not.
There has been no Assembly in Jammu and Kashmir for over four years now.
The BJP insiders said Nadda’s speech would drop hints on Jammu and Kashmir polls as after Delimitation Commission, final electoral rolls have been published and now it would be seen whether the Election Commission takes a call on conduct of Assembly polls in April-May next or not.
Polls can’t be held till March due to harsh winter seasons in Kashmir valley and many parts of Jammu region.
The Election Commissions has to take opinion of the Union Home Ministry and Jammu and Kashmir Government before taking decision on conduct of Assembly elections in the UT because of militancy. The Commission can also send its team for assessment of the situation.
The year 2023 is expected to start with elections to three Assemblies of North-Eastern States like Tripura, Nagaland and Meghalaya in February. Then in May, the Southern State of Karnataka will go to polls which is important for the BJP as currently it is the only Southern State under its rule.
Then in November- December of 2023, the real battle for the BJP will begin. The election of Rajasthan, Madhya Pradesh, and Chhattisgarh are very crucial as in 2018 they were seen as a dent in the image of the ‘new BJP’ led by Narendra Modi and Amit Shah.
A BJP statement said Prime Minister Narendra Modi will inaugurate a two-day national office-bearers meeting of the BJP on Monday, which will lay down the party’s political agenda as it readies for the next round of State polls and the all-important Lok Sabha elections in 2024.
The party said that Modi will arrive in the national capital after casting his vote in the Gujarat Assembly polls, and inaugurate and address the meeting of the party’s senior organisational leaders from across the country.
Besides the national office bearers, presidents and general secretaries (organisation) of the party’s state units will also attend the meeting as is the practice.
The meeting, to be chaired by BJP national president J P Nadda, will deliberate on the party’s future strategy, take stock of its preparations for the next round of State Assembly polls and review various ongoing organisational activities, the statement said.
Party leaders are engaged in organisational works round the year, and the meeting will serve as a stock-taking exercise.
Various groups of Party leaders, including Union Ministers, have also been roped in to further strengthen its presence, especially in places where it lost in the 2019 Lok Sabha polls and is eying victory in 2024.