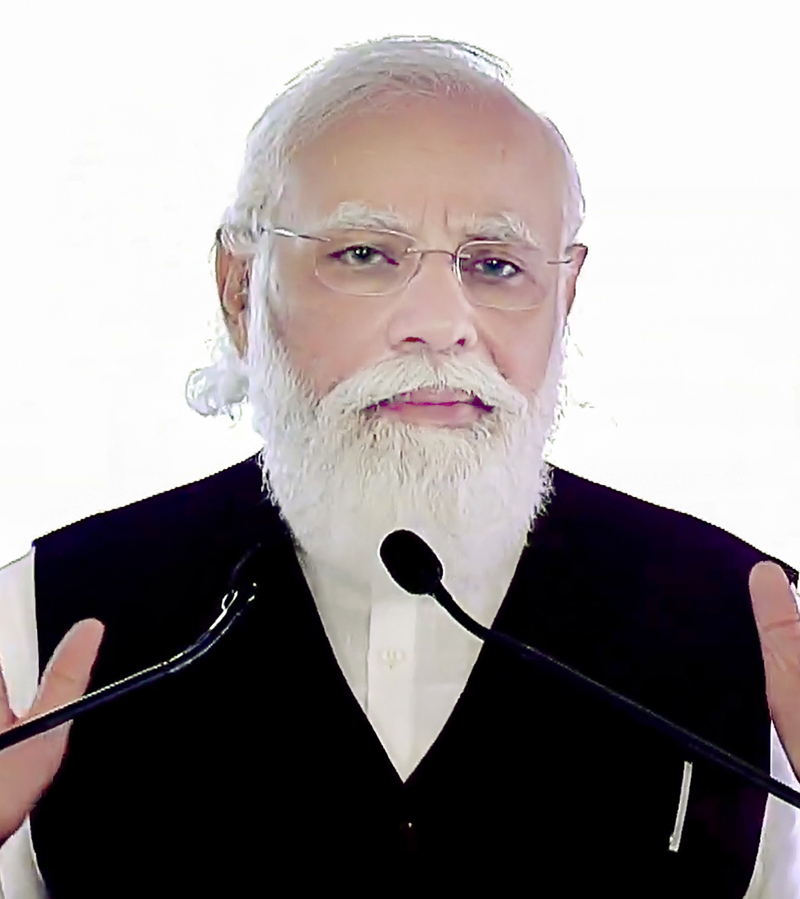 NEW DELHI, Sept 16:
Prime Minister Narendra Modi will hold a review meeting with Secretaries of various Ministries and departments on September 18, according to sources.
The meeting comes days after Modi chaired a meeting with his Council of Ministers, which was termed as ‘Chintan Shivir’.
The sources said the meeting with the secretaries is scheduled to be held in the evening on September 18.
Specific details about the meeting could not be immediately ascertained.
Against the backdrop of the Coronavirus pandemic that has ravaged lives and the economy, the Government has been taking various measures to revive the situation, including steps to boost economic growth.
In July, Modi affected a reshuffle of his Cabinet ahead of seven States going for polls next year. Out of them, BJP is in power in six States, including Uttar Pradesh.
At the meeting with the Ministers on September 14, Modi stressed that simplicity is the way of life.
Four more such ‘Chintan Shivirs’ will be held for further improving governance, sources had said.
At the meeting, Modi asked the Ministers to learn from the best practices of their colleagues.
Stating that sharing is caring, the prime minister had also spoken about tiffin meetings during his Gujarat days where everyone used to bring their own tiffins in meetings and shared the food as well as ideas. (PTI)